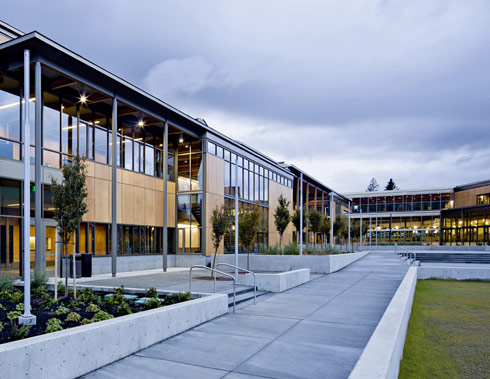 Some students at Issaquah High School in Washington have a tradition over 5-years in the making that’s causing an uproar among parents and the community. It’s called “May Madness” and it’s an online tournament in which boys from the school pit their fellow female classmates against each other and vote on who is the sexiest. The tournament organizers encourage the female students to “look their finest” while school is going on.

Issaquah sophomore Devon Keller told King5, “This kind of thing is sexualizing us girls like we’re some sort of trophy.” Yes, Devon, it is doing exactly what you claim and that’s pathetic…

“Almost every teenage girl has self-esteem issues and doing something like that is absolutely ridiculous,” added student Tristan Robinson. Yes, Tristan, the fact that this is allowed to go on is absolutely ridiculous. So why hasn’t this stupidity been eradicated? School officials claim they’re limited in what they can do because the contest isn’t run on school grounds.

District spokesperson Sarah Niegowski acknowledged that it’s a problem and that shutting it all down is a sticky proposition:

“It’s hard. It doesn’t feel good to anybody… These are pretty smart folks behind this. They know their first amendment rights. They’re very quiet about who it is and the group behind it.”

Last year, police shut the site down temporarily when people were posting vulgar and profane comments under other people’s names, which is a crime in Washington. The site’s organizers have halted that practice and have recently ran up a similar contest for boys in an obvious attempt to appear democratic about being lousy human beings.

For now, the female students of Issaquah High have to endure being beauty pageant contestants in an event not of their choosing. That’s just sad. Here’s hoping that they do find a way legally to make this go away. If not, I fear it’s only a matter of time before a frustrated mom or dad takes matters into their own hands.

The site isn’t hard to find, nor are images of the contest but we chose to leave those links and pics out.