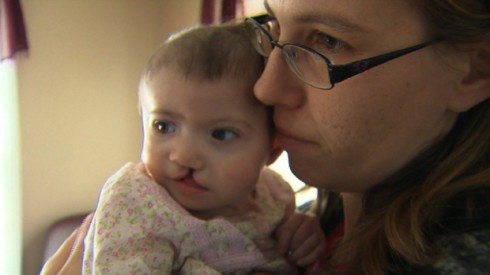 When a woman is a gestational surrogate, what rights should she have if something goes wrong?

In 2011, 29-year-old surrogate Crystal Kelley was faced with this tough question after her five-month ultrasound revealed the baby she was hired to carry for a couple had several severe health problems including a cleft palate and lip, a brain cyst and serious heart defects. Doctors also couldn’t find the child’s spleen or stomach, and according to The Telegraph, gave the baby a 25% chance of living a normal life.

She was to be paid $22,000 to be a gestational carrier for a couple who had three children, and wanted a fourth they had been unable to conceive. Their three children had all been born prematurely and two still suffered from medical problems, so when they found out about the issues with the baby Crystal was carrying, they decided they wanted to terminate the pregnancy.

Cyrstal’s midwife received a letter from Hartford Hospital medical staff relaying the couples wishes: “Given the ultrasound findings, (the parents) feel that the interventions required to manage (the baby’s medical problems) are overwhelming for an infant, and that it is a more humane option to consider pregnancy termination.”

According to a CNN report, although Crystal had signed a contract agreeing to have an abortion in the case of “severe fetus abnormality,” when faced with the real situation, she refused to abort the baby because of personal beliefs. When the couple offered her $10,000 to terminate the pregnancy, she countered back, asking for $15,000. When they responded that that amount was too high, Crystal said that she had already made up her mind to continue with the pregnancy, and obtained an anti-abortion lawyer, Michael DePrimo, to work pro bono for her case.

DePrimo argued that the contract she signed was not legal because “She still has the constitutional right that any woman has, to make decisions about her own body.” She decided to relocate herself and her two children Michigan because in that state the birth mother, and not the biological parents, is considered the legal guardian of the baby.

When the infant, called “Baby S,” was born, she had more medical problems than the doctors had initially found. Along with the problems listed above, Baby S suffers from holoprosencephaly (the brain does not divide into two hemispheres, heterotaxy (internal organs are in the wrong places,) a misshapen ear, and many heart problems. With such a plethora of issues, Crystal decided she couldn’t take care of “Baby S,” and put her up for adoption.

Thankfully she was placed with a family with experience caries for babies with high risk medical problems. The adoptive mother wrote CNN a letter about her life with Baby S:

“S. wakes up every single morning with an infectious smile. She greets her world with a constant sense of enthusiasm,” the baby’s adoptive mother said in an e-mail to CNN. “Ultimately, we hold onto a faith that in providing S. with love, opportunity, encouragement, she will be the one to show us what is possible for her life and what she is capable of achieving.”

Crystal wrote in her personal blog this February an explanation about why she couldn’t terminate her pregnancy with Baby S. When she was a college student in 2001 she miscarried a baby she named “Miranda” at 19 weeks in a campus clinic, which left her devastated. When she was asked to terminate Baby S’ pregnancy, she felt she couldn’t bear to “voluntarily repeat my experience with Miranda. And here we are a year later. Baby S is a lively, thriving little girl. She is so much more than anybody expected her to be. When I look into her pretty blue(ish) eyes, I can see that sparkle that makes me know that I did the right thing by standing up for her. She’ll probably never know what I did for her; who knows what her mental capacity will be, but I have faith that a little bit of that baby that I never got to watch grow up, the child I wished for so much who wasn’t meant to be here with me now, is living on in that sweet baby that I saved from the same fate.”