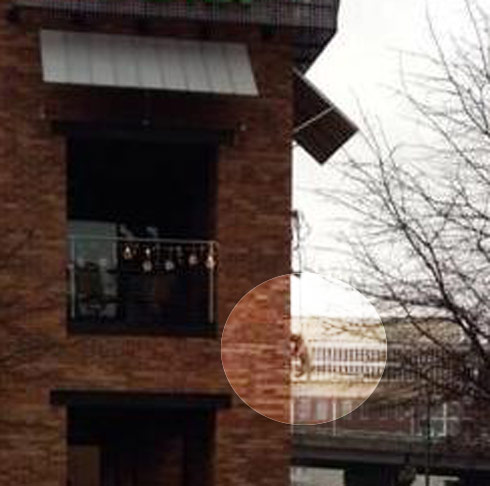 Have you ever thought to yourself, “It’s raining so instead of taking my dog for a walk on the street – you know, where his legs support his body and what not — I’m just gonna hang the ol’ pooch off the balcony via his leash so he can do his business.” Yeah, me neither… WTF!?!

Sadly, 23-year-old Tyler Smith of Greenville, South Carolina did just that and the pathetically lazy and ignorant decision was caught on camera and shared via Facebook. The unknown picture taker also reported the incident to the Greenville Police.

Tyler’s father, the dangling dog’s owner, was out of town and Tyler was responsible for his care taking. Police Officer Jonathan Bragg said of the incident, “Saturday it was raining really hard during that time period and we believe he [Tyler] was doing it to let it use the bathroom.” 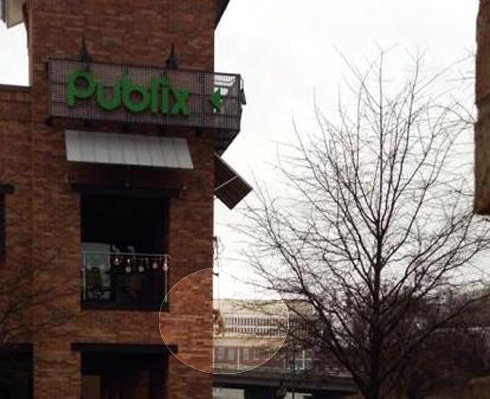 News 13 spoke with Tyler’s dad who stated that he was “appalled by his son’s actions” and in “no way” condones them.

Tyler Smith was arrested and charged with a misdemeanor for violating the city’s Animal-Care Ordinance. Most importantly, the dog was unharmed.