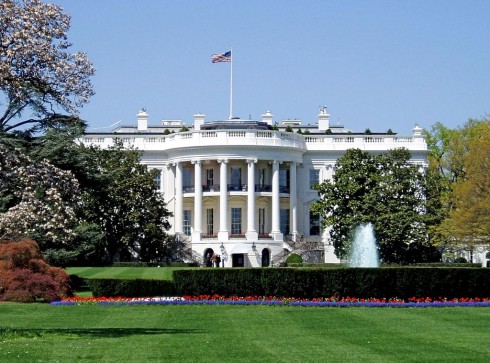 For reasons that are still being investigated, yesterday a man slipped through the fence surrounding the White House and was able to make it all the way through the front doors before being subdued by Secret Service agents and police.

Omar J. Gonzalez, 42, of Texas, was taken to the hospital after being apprehended; Gonzalez complained of chest pains. Possibly because he was beset by a swarm of gun-brandishing officials after making his charge.

The President was not at home at the time of the invasion, nor were any members of the Obama family. The President and his daughters had just left for Camp David before Gonzalez’s charge, which occurred at about 7:20 in the evening.

White House staff were evacuated as a precaution.

Gonzalez was not armed, nor was he carrying a backpack or other bag. It’s not immediately clear why he decided to bum rush the White House, or why he didn’t stop despite repeated orders to do so.

It’s almost unheard of for a fence jumper to make it as far as Gonzalez did. People charge across the White House lawn on the regular; another man gave it a go just ten days ago. And last month a toddler slipped between the bars of the fence and started crawling across the lawn, before being returned to her parents amid general laughter.

Instragram user bpawlinski even managed to capture a video of the incident. Check it:

Creepy retail practices: Target knows you’re pregnant before you tell anyone else