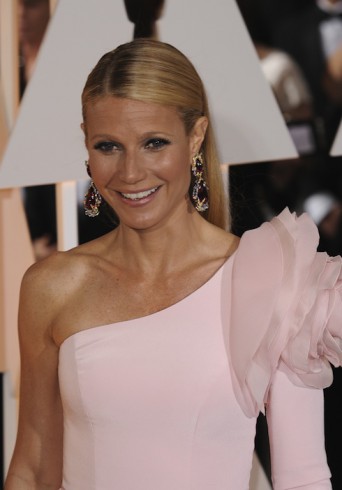 Last week, Gwyneth Paltrow agreed to take her friend Mario Batali’s challenge and live for seven days on only $29 in food stamps. The $29 figure comes from the average amount that a person who receives assistance from the food stamp program–the Supplemental Nutrition Assistance Program, or SNAP–every week. Celebrity chef Batali urged Paltrow to take the challenge in order to raise awareness of the difficulty people on the program have getting enough to eat, let alone eating healthily, and Paltrow agreed. 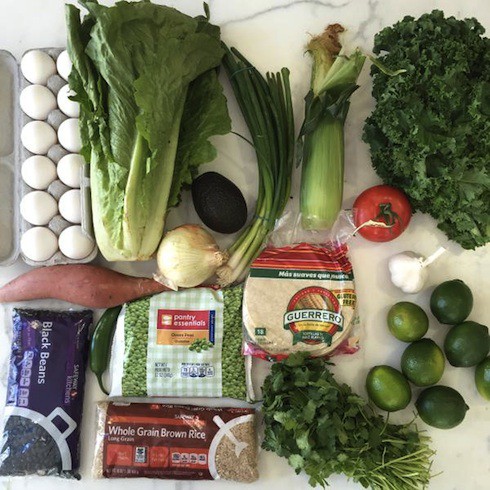 The photo she shared of how she spent her $29 has indeed raised a lot of awareness–but it’s come largely in the form of a social media backlash, and one that’s raised questions about how seriously Paltrow is taking the challenge in the first place. Of course the amount of food in the photo above “isn’t enough…to really feed a single human for an entire week.” It also works out to about 1,000 calories per day, far below the amount required to keep a human being upright and moving around, and people who receive money from SNAP generally have jobs that keep them on their feet all day.

A further part of the problem, as the Washington Post points out, is that Paltrow bought food that seems to mirror her own macrobiotic, über-healthy lifestyle, instead of trying to mirror the diet (heavier in fat and canned goods, among other things) of the typical SNAP recipient. “Busy mothers,” we’re reminded, “need to consume plenty of calories,” and have less time to prepare balanced, veggie-heavy meals.

And, of course, the criticisms on Twitter have come early and often:

LOL at @GwynethPaltrow thinking families on SNAP all have cars to drive to Whole Foods and are vegetarian pic.twitter.com/BzG2J2NdAu

I love when Gwyneth Paltrow pretends she's a person.

It looks like maybe Gwyneth’s heart was in the right place, even if her brain is elsewhere. Part of the point of the challenge is to illustrate not only how difficult it is to live on an average of $1.36 per meal, but also what a “cheap” meal, to someone with higher standards, truly looks like.

What do you think? Is Gwyneth a noble person, or a fool? Is there any way she was going to look good taking this challenge?

Chelsea Houska slams source claiming she has a pill problem

Khloe Kardashian explains why she’s still married to Lamar Odom: ‘It was the best choice to make at the time’