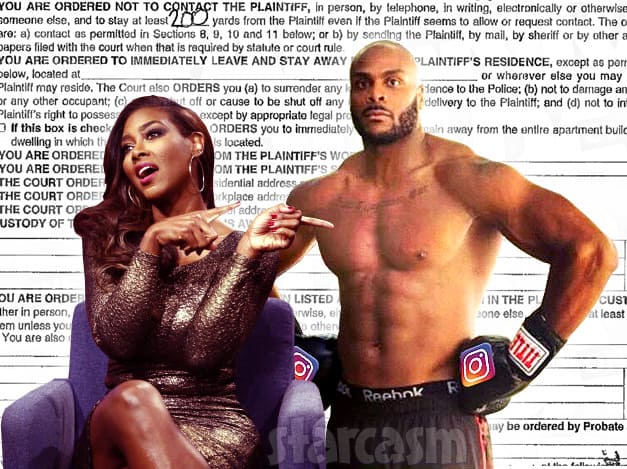 The perpetually dysfunctional relationship between The Real Housewives of Atlanta‘s Kenya Moore and Matt Jordan twirls on as Kenya has been granted a restraining order that prevents Matt from coming within 200 yards of her.

Kenya filed for the restraining order in Fulton County Superior Court on Wednesday. From Randy Ho with the AJC:

In the petition, she wrote that the stalking began May 31, 2016 after a trip to Mexico where he had allegedly kicked in a hotel door in anger. “Upon returning to Atlanta, … Respondent entered Petitioner’s residence unannounced and threw all of Petitioner’s items from her suitcase outside onto the driveway while cursing at Petition. Petitioner called 911 but Respondent fled before police arrived.”

In August, as seen on the show, Jordan “broke a garage door glass window and the rear window of [Moore’s] vehicle and [Jordan] was seen on video spray painting some of the home security cameras.”

Click here for details of that incident from the police report!

The petition goes on to describe an incident two weeks later in which a neighbor “called police because [Matt] was throwing items at [Kenya’s] house, breaking windows, while he was on the phone with [Kenya] yelling at her.” It also reveals that Matt was calling Kenya up to 30 times a day between September, 2016 and February, 2017. Kenya blocked his number, but soon after began receiving numerous calls from an unknown number — often in the middle of the night. 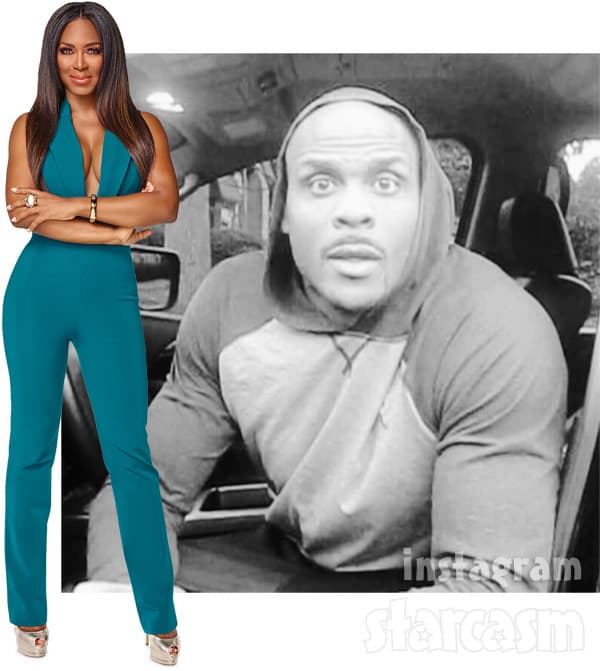 TMZ reported earlier today that the judge granted the restraining order, and the site adds that Kenya alleges she received a threat from Matt just last week, claiming that he told a mutual friend “she’d get what she deserves” after she blocked his phone number.

The restraining order “requires Matt to stay 200 yards away from Kenya, and stop all harassing or intimidating behavior toward her or her family,” according to TMZ.

Meanwhile, Matt is facing other legal problems as a North Carolina judge has issued a warrant for his arrest on a simple assault charge after Matt got into an altercation with RHOA co-star Peter Thomas during a radio interview in Charlotte last week. That warrant is in addition to two other warrants from the same NC county issues in August of last year when Matt infamously punched a limo driver at the grand opening of Peter Thomas Club One as the Bravo cameras rolled.

Seemingly well aware of his rather bleak legal situation, Matt has gone to the most used tool in his toolbox (Instagram) to pitch a little woo at his attorney. Matt posted a #WCW picture of Millicent Daniels from Batts-Daniels Law in Orlando yesterday and wrote this appreciative caption, in which he refers to himself in third person:

Wcw# This lady believed in me when I didn’t believe in myself. She had love for me and stood by me in my worst time. Had faith in Matt back Before the hype, she was hype. Added bonus Excellent criminal defense and personal injury lawyer. Thank you miss Daniels. #battsdaniels lawyer #mjb #bestie #orlando #jax

I hope for Matt’s sake that Miss Batts accepts Instagram love as a retainer.

Are NeNe Leakes and Gregg Leakes getting back together?