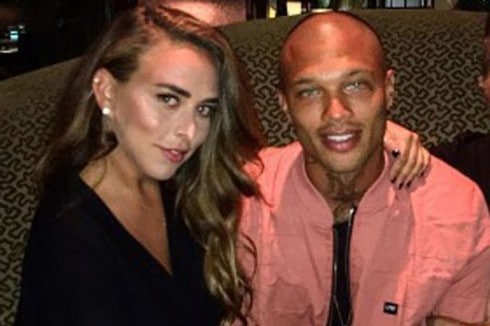 Jeremy Meeks’s mug shot broke the internet in 2014 and garnered him a host of nicknames including “hot mug shot guy,” “hot felon,” and “hot convict.” His almost universal sexual attractiveness garnered him a lot of attention and work offers, but it did not help him get out of serving 2 years jail time for gun possession. By the time he got out of jail in 2016, however, he basically walked straight from the prison gates to the runway. He’s been strutting his stuff in New York, and most recently in Milan, but his international success as a high profile model has seemed to have wreaked his marriage. 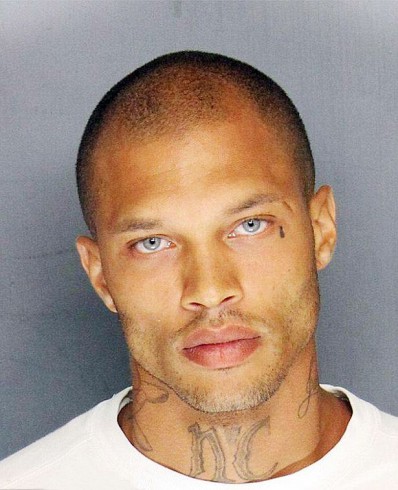 His wife has hinted that she’s devestated while pictures came out of him kissing Topshop Heiress Chloe Green on a yacht. Chloe responded to the scandal by posting a picture of the two of them on her Instgarm with the proactive caption “Just the beginning… we appreciate all the love and the hate.” Despite her initial boldness on the matter, she’s since deleted her entire Instagram account.

Jeremy deleted all photos of himself and his wife Melissa Meeks from his Instagram account, but she still has a sultry photo of the two of them from just a month ago. Soon after, however, she started posting TuPac quotes on Insta that seemed to hint at trouble in paradise. On June 17 she captioned a selfie with the statement “Real Eyes Realize Real Lies.”

Jeremy married Melissa eight years ago. She already had two kids, and the pair had another son together. He was arrested in June 2017 as part of a crackdown on Stockton gangs. He was charged with five weapons-related counts and two related to gang membership.

This January Meeks has insisted that he’s not the bad boy his rap sheet might indicate he is. He said he’s come a long way from his dark gang-affiliated days and is now a “soft-spoken family man” overwhelmed by all this new attention.

Here’s a snap of Meeks and his brother he posted to Instagram as evidence of how much he’s changed. 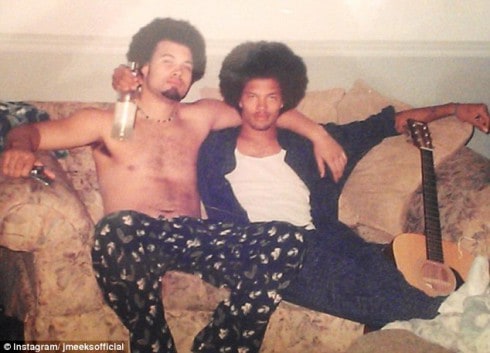 Meeks may have put his criminal days behind him, but it looks like he’s really starting to get used to his new-found fame, possibly at the expense of his family.