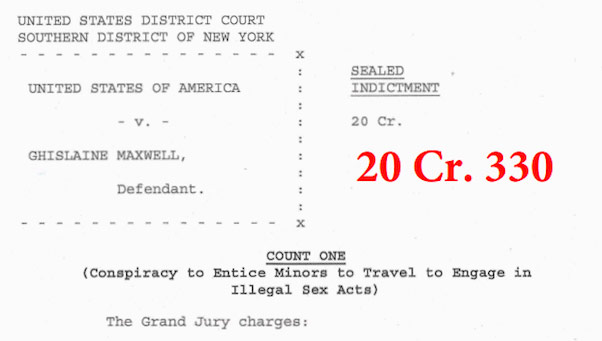 CELEBITCHY – A little under a year of Jeffrey Epstein’s alleged suicide while awaiting trial on human trafficking and sex crimes charges, here’s surprising news of Ghislane Maxwell arrested by the FBI on similar charges. Maxwell, who’s been accused of “help[ing] Epstein groom teen girls for sex with the rich and powerful,” is now formally charged with just that. She’s expected to appear in court later today to answer to a charge of “conspiracy to entice minors to travel to engage in illegal sex acts”

REALITY TEA – Dina Manzo’s ex-husband Tommy, who has ties to the Lucchese crime family and whose wedding reception to Dina was apparently full of Lucchese family associates, pleaded not guilty to the charge of hiring a hitman to attack and / or kill Dina’s now-husband, David Cantin. If that sentence wasn’t long enough for you, don’t worry — there’s a *ton* more to this story

JEZEBEL – “Just a day after a judge temporarily blocked the release of a tell-all memoir by Donald Trump’s niece, a judge at a higher court reversed the decision. What an emotional rollercoaster this has been—a rollercoaster that will be very, very good for sales”

VOX – Senators Elizabeth Warren and Kamala Harris both lead the public opinion polls on whom Joe Biden should choose for his running mate. Biden isn’t said to be near a decision and there’s not really a firm deadline for his selection anyway, but it makes for some (relatively) fun speculation during this time of nonsense

PAJIBA – “When Her Child Crashes a Live Broadcast, Dr. Clare Wenham Gracefully Manages Parenting and Work.” (Now with a bonus follow-up on where they decided to hang the unicorn!)

GO FUG YOURSELF – Today, in Oh Why Not: “Don’t Ask Me Why I Decided to Look at the Premiere of Waterworld.” (Perhaps telling: Nobody really looks excited to be there)

LAINEY GOSSIP – Ana de Armas and Ben Affleck have been a couple for six months, though gossip sites have been feasting on their near-daily coronavirus strolls for a full three. Discouragingly, both Ben and Ana appear to be firmly in the mask-free camp

DLISTED – Brian Austin Green has a full calendar despite the pandemic: a week after the 46-year-old was spotted out with Courtney Stodden, Green went on another first date, this time with an Australian model named Tina Louise