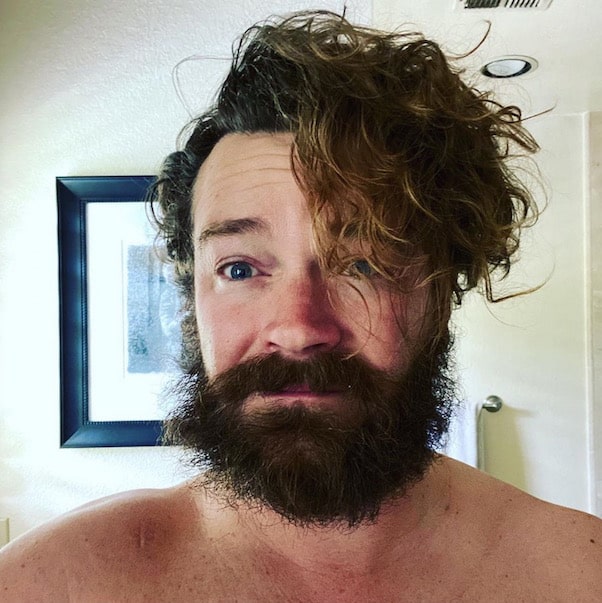 CELEBITCHY – After years of hearing gossip about former That 70s Show star Danny Masterson being an alleged rapist and sexual predator, you could be forgiven for thinking news of Danny Masterson arrested on rape charges would never come. But yesterday, Masterson was indeed arrested on three separate counts of rape stemming from incidents at his home from 2001 to 2003

THE ASHLEY’S REALITY ROUNDUP – Peter Hunziker is now a former star of Below Deck Mediterranean — the ex-Bravolebrity got the ax yesterday, after sharing a racist meme on his IG stories just last week (!). You’d think racist celebrities would at least keep quieter than usual right now, but apparently Hunziker wanted to double down instead…

REALITY TEA – …and, since his firing, he’s claimed to be the *opposite* of a racist, offering as proof the claim that he’s “VERY sexually active with all races.” So was Thomas Jefferson

JEZEBEL – Returning to political gossip for a moment: Mary Trump, the 55-year-old niece of the current president of the United States, is publishing a family tell-all next month. Entitled Too Much and Never Enough: How My Family Created the World’s Most Dangerous Man, the memoir will reportedly offer yet more proof that Donald Trump is a terrible person

PAJIBA – In further terrible person news, it seems that comedian Chris D’Elia may have been a sexual predator for years: “A number of young women have used [Twitter] to come forward with allegations that the stand-up comedian attempted to groom them for sexual favors when many of them were underage”

DLISTED – “I definitely would not have bet my last $20 on the chance that I would be talking about Kristen Stewart getting cast as Princess Diana in a biopic about Diana’s last days as Prince Charles’ wife. But this is where the universe has led us”

THE BLAST – Kyle Richards should maybe be paying closer attention

VOX – Former National Security Adviser John Bolton has a bunch of tea on America’s current president that he chose to keep to himself during the impeachment proceedings (remember those?) so he could release them in book form and make himself a nice little profit

LAINEY GOSSIP – The Cristin Milioti and Andy Samberg time loop romance Palm Springs, which drops on Hulu next month, now has a trailer. It looks pretty amusing and I’ll watch Cristin Milioti in anything, but I have to say that this looks a lot like Russian Doll

GO FUG YOURSELF – “Happy Anniversary of the Time Gwendoline Christie Wore This Great Flamingo Dress: It’s an adorable dress AND it would be fantastic bedspread for the guest room in your summer home in Boca Raton. Ladies! Invest in a formal gown that can do both!”

American Chopper returning to Discovery in 2018