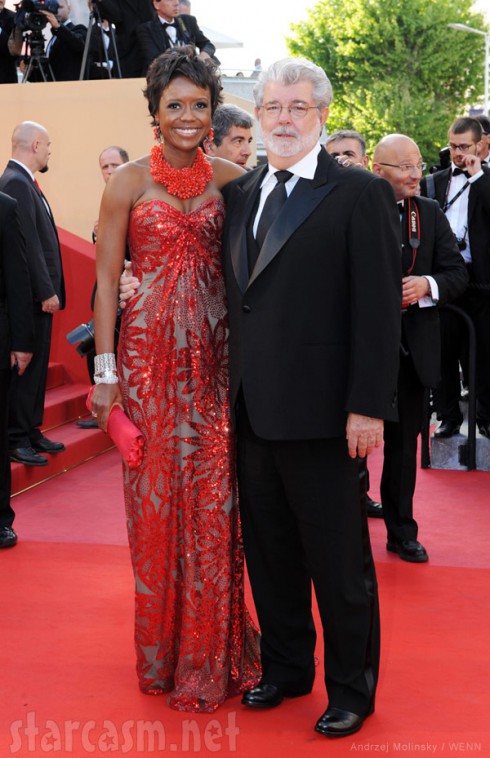 The June weddings just happening! The latest celebrity duo to exchange vows are Star Wars and Indiana Jones director George Lucas and his (former) fiancée Mellody Hobson, who runs the Ariel investment firm and serves as chairman of the board at Dream Works Animation SKG Inc.

There is very little information at this point about the ceremony, other than it took place Saturday night in Marin County, California, where Lucas’s Skywalker Ranch is located. Fellow director Ron Howard was in attendance and shared a few details as well as his congratulations on Twitter:

Let's give a Galactic shout out to Master George Lucas & his Bride Melodie on This their WEDDING DAY!! Congrats!!!!!!

George Lucas, 69, and Mellody Hobson, 44, have been dating since 2006 and became engaged in January. The marriage is George’s second after being married to film editor Marcia Lucas from 1969 to 1983.

Congratulations George and Mellody! Here’s how I imagine their honeymoon looks: 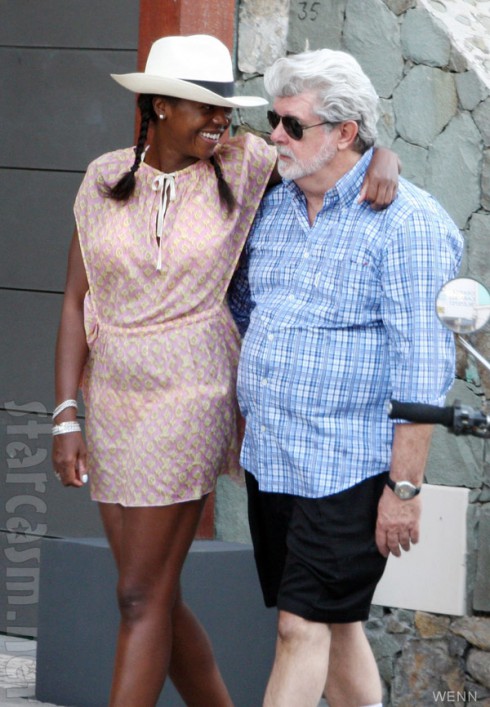 * I think I have may have created the only blog post about this wedding that doesn’t make a single Star Wars reference. (It was going to at least use I-Do-D2.)