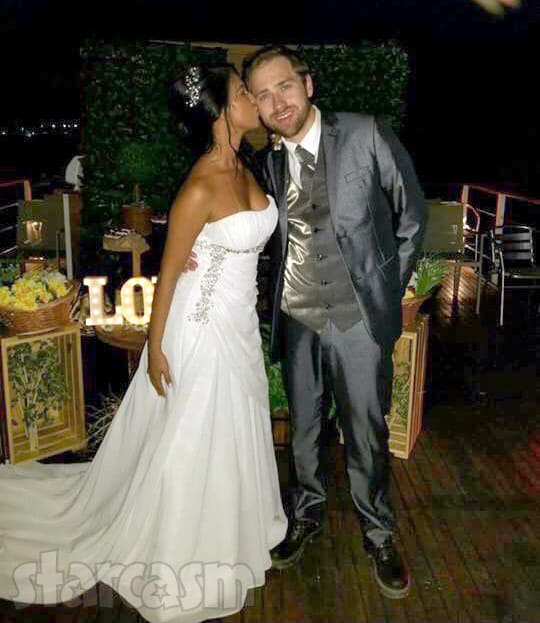 We posted earlier this week about Before the 90 Days couple Paul Staehle and Karine Martins breaking up, and included in that post the evidence suggesting that the couple had actually gotten married in Brazil before their split. Those rumors are now in overdrive as what looks to be a wedding photo of Paul and Karine has surfaced online!

The photo (above) shows Paul and Karine on what looks to be a boat deck. (Bo deck! Bo deck? Bo deck!) Karine is wearing a strapless wedding dress and Paul is decked out in a shiny gray suit. Karine is kissing Paul on the cheek.

A commenter responded by letting him know “There’s a wedding pic of you floating around.”

Paul is a quirky dude, and his word choices are no exception — but “probably” seems like a really weird thing to say if they didn’t actually have a wedding. I’ve done my fair share of Photoshopping, so I analyzed the picture. I could find no indication that it had been altered, which isn’t to say that it wasn’t, just that it was a really good job if it was.

I put on my sleuthing boots and I think I may have found two smoking guns. Check out this photo of Karine posted on Instagram on November 3: 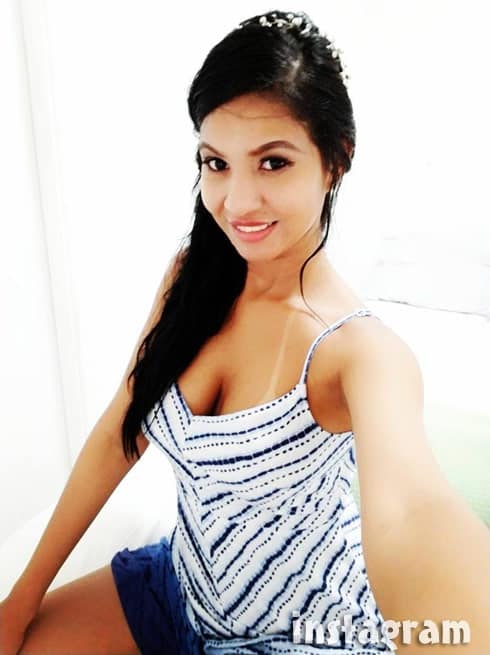 You will notice a similar hair style and hair accessory. In addition, Karine has the exact same tan line in both photos. Plus, Karine captioned the photo with “Só preciso te adorar e exaltar Senhor.’ ???#DiaFelizDaMinhaVida” which roughly translates to: “I just need to worship and exalt you Lord #HappyDayOfMyLife.”

And then there is this next photo of Karine and her dad standing in front of the same backdrop from the wedding photo: 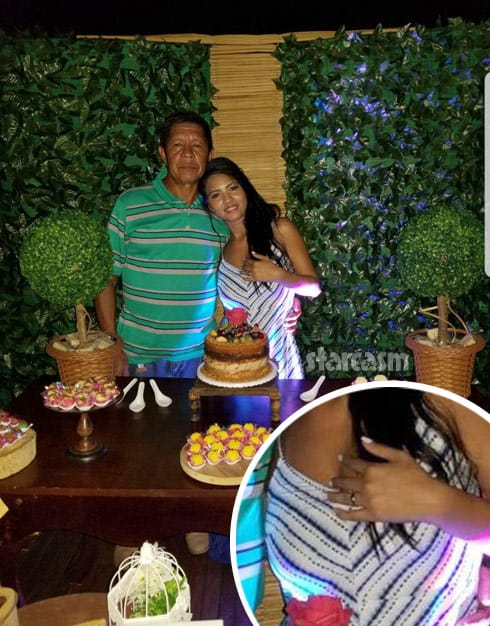 You will notice in the inset that Karine is proudly showing off a ring on her ring finger. It could very well be an engagement ring, but it sure seems a little thick.

I’m gonna go with 90% chance of BUSTED here. You might attempt to explain everything away by claiming it was an engagement party or something similar, but that wedding photo seems to seal the deal. Usually Photoshopping an image like that would involve swapping faces, but in this case, the original picture was clearly from an event attended by Karine (and most likely Paul) so someone would have had to Photoshop what they were wearing — which would’ve been REALLY complicated! Plus, whoever it was would have had access to the original photo, which has not been posted publicly to the best of my knowledge.

There is something else curious about Paul’s Facebook post in that it was geo-tagged in Manaus, Brazil. Paul had previously posted information on a February 13 flight from Manaus to Brazil on his Facebook page, and he updated his status to “traveling to Louisville, Kentucky” from Brazil.

If Paul and Karine did get married in Brazil, and now they are split — most likely for good — then I cannot imagine what a headache that is going to be to fix! An international divorce? I don’t even want to know.

Oh, and earlier today Karine deleted all the photos of Paul from her Instagram account — which is still under the name Karine Staehle (for now).

I’m going to openly speculate that TLC cameras were with Paul in Manaus and a decision was made (by someone or everyone) that Paul flying back to the United States for good was not the ending their story deserved. I am imagining a grand romantic gesture by Paul in hopes of saving his relationship (marriage) with Karine that would include yet another trip up the Amazon River, at least one unicorn onesie, and a LOT of Beanie Babies. This isn’t even on TV and I can’t wait for the next episode! Stay tuned…