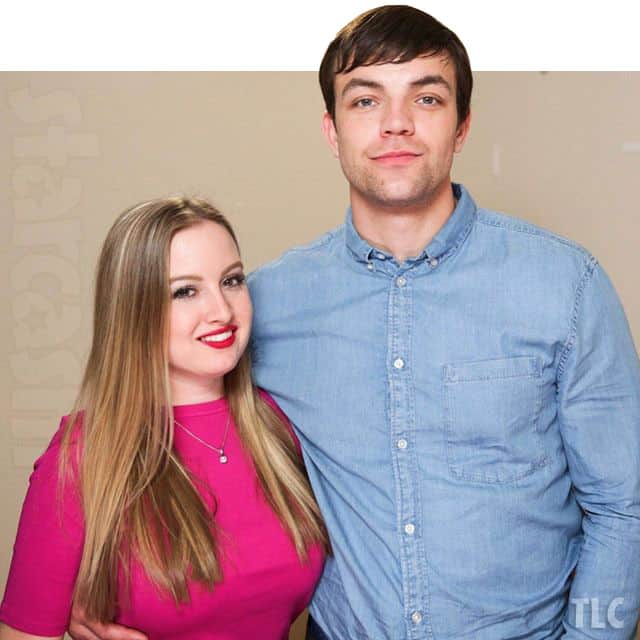 For those wondering if 90 Day Fiance stars Elizabeth and Andrei got married, or if their wedding plans fell through — we have found a definitive answer! And just in case it needs to be said: SPOILER ALERT!

Elizabeth Potthast and Andrei Castravet filed for a marriage license in Florida on October 2, and received it three days later. According to online records, Elizabeth and Andrei officially got married on the same day that the license took effect: October 5!

Here is their marriage license: 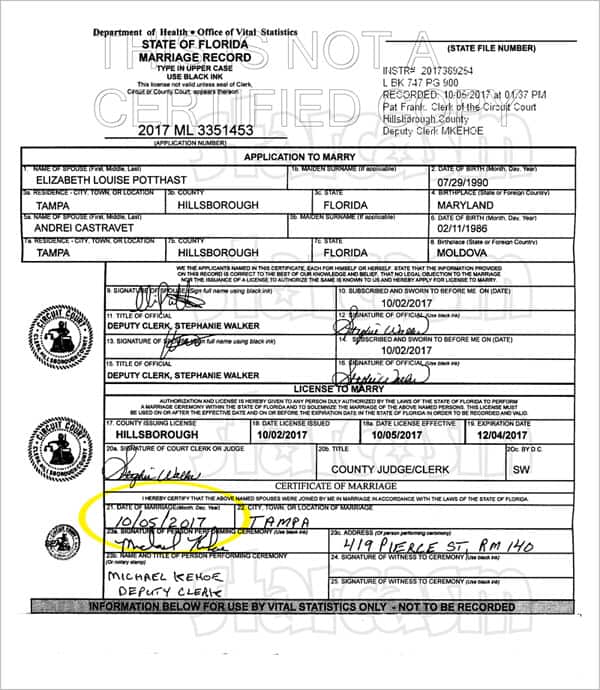 Elizabeth and Andrei opted for a courthouse wedding, and Deputy Clerk Michael Kehoe is listed as the person who performed the ceremony. It’s unknown if the couple plans to have a separate wedding ceremony later — whether it be for family members or TLC cameras or both. (You might recall that fellow 90 Day Fiance Floridians Jason Hitch and Cassia Tavarez also officially got married before having a ceremony later that was filmed for the show.)

It’s unclear at this time if Elizabeth Potthast is now Elizabeth Castravet, or if she opted to keep her maiden name.

Congratulations to Elizabeth and Andrei!

In addition to the marriage confirmation, I ran across some other random details while researching Elizabeth. For starters, it looks like Andrei proposed to Elizabeth in early August of 2016. (I forget if they were specific on the show.)

Soon after they became engaged, Elizabeth’s mother Pamela and her stepfather spent some time with Andrei in Ireland. There are photos of the three of them together looking quite happy.

And speaking of Elizabeth’s family and engagements, Elizabeth’s older sister Rebekah just got engaged! The surprise proposal was orchestrated by Rebekah’s fiance Thomas with the help of numerous family members, and looked to be quite the joyful shindig — including a professional photographer and a custom cake. Elizabeth was in attendance, but I could find no evidence of a TLC film crew being present.

Oh, and I also discovered that Elizabeth is an actress whose resume includes an appearance on Homeland. Click the link for all the details about her acting career, including her mom Pamela’s talent agency!

For more 90 Day Fiance Season 5 spoilers, click on the couples below to find out if they tied the knot or not: