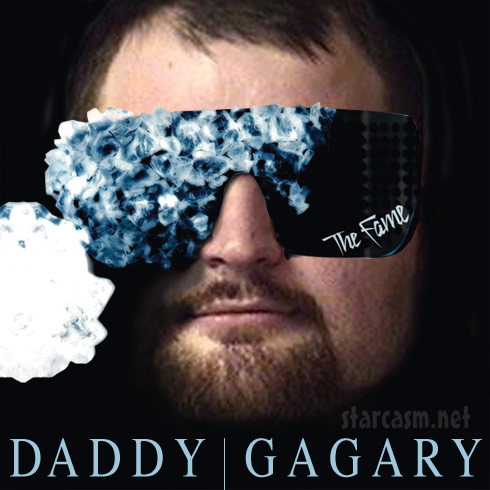 Teen Mom star Gary Shirley is no stranger to having a little fun on Twitter (as his “It’s Gary Time” motto and ID would attest) and last night was no exception as he shared a series of tweets obviously making light of cast mate Farrah Abraham’s recent album release and the much-disparaged single “Finally Getting Up From Rock Bottom.”

Here are Gary’s tweets in order: 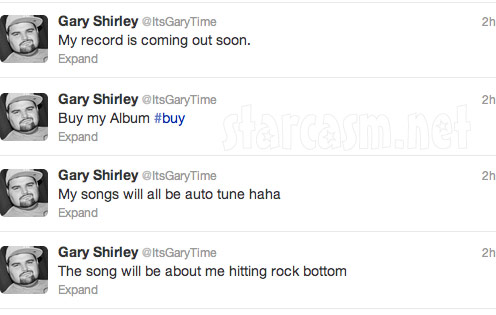 And in case the image is too small to read on your phone, here are the tweets typed out:

My record is coming out soon.

My songs will all be auto tune haha

The song will be about me hitting rock bottom

Though Gary may have been joking about the autotune and the subject matter of his song, he does have some musical skillz! In addition to being seen strumming a guitar and singing on the show, Gary wrote and recorded a special song for his good buddy Evan Parker as well. So who knows, maybe we will be seeing Gary Shirley in the recording studio soon! (I know I’d shell out $8.99 for “It’s Gary Time” the album.)

UPDATE – We’re getting reports that Gary Shirley tweeted earlier today that he was not “making light” of Farrah with his tweets. We can’t find the tweet in question from Gary, and we certainly didn’t intend to misinterpret his intentions! I’m a big fan of Gary’s, and usually right in line with his sense of humor, but perhaps I misunderstood him on this one. If so, my apologies Gary! (You at least like the Daddy Gagarry album cover though, right?) 🙁

Belinda Carlisle finds out Heaven is a place on earth