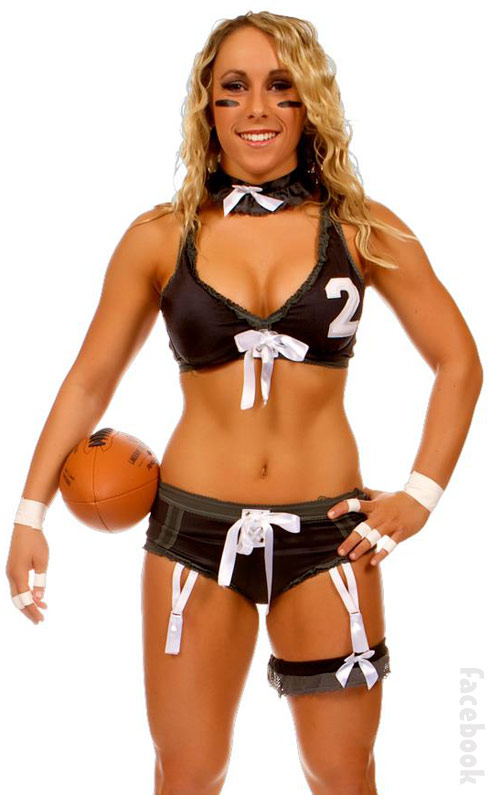 The Legends Football League (formerly called the Lingerie Football League) may soon be getting their panties in a wad because one of the League’s former stars has just filed a lawsuit claiming the league “willfully misclassified” players not as employees but as independent contractors in order to avoid reimbursing work-related expenses, giving players wage statements and paying overtime among other things.

Former Los Angeles Temptation cornerback, wide receiver and running back Melissa Margulies filed the lawsuit in Los Angeles Superior Court on Monday. She is seeking unspecified damages from the league and its owner, Mitchell Mortaza. In addition to herself, Margulies “is seeking to include in her suit all players dating back four years from the time a judgment is reached in her case,” according to WestsideToday.com.

She is also seeking to include in her suit all players dating back four years from the time a judgment is reached in her case. 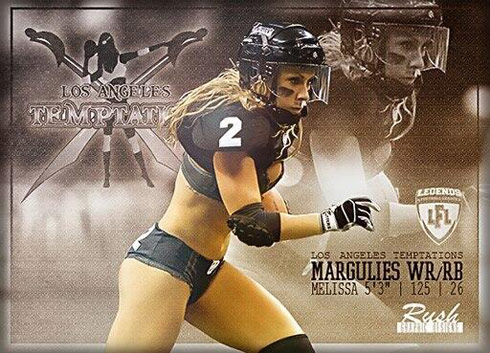 “Indeed, it is difficult to imagine how players in a team sports league could ever qualify as independent contractors,” the suit states. “The nature of team sports demands that players follow league and team rules or face discipline or termination.”

Players are ordered to be at practices and promotional events, to avoid outside activities in which they could be seriously hurt and must give all publicity rights to the league, the suit states.

Margulies was a huge star for the Los Angeles Temptation from 2010-2013, though she missed some time due to a devastating knee injury (identical to the one sustained by Adrian Peterson) that required her to have her knee completely reconstructed. She was a League All Star, was named a “Legend in the Making” by LFL360.com and was named one of the 12 best players in the league by Tech-media-tainment in February, 2013. 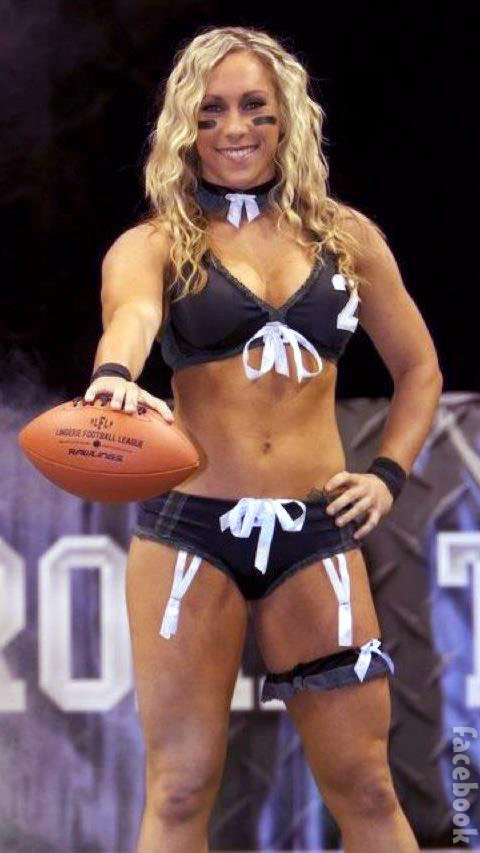 Prior to showing off her talents and her assets on the football field, Melissa Margulies was a college track star at USC where she made the Pac-10 Championships in the 800-meter and landed on the Pac-10’s All-Academic Team and Honor Roll.

According to her social media accounts, Margulies currently lives in Redondo Beach, California where she is a flight attendant for American Airlines.

This isn’t the first lawsuit filed by a woman part of a scantily clad squad on a California football field. There are currently three different lawsuits being filed by Oakland Raider Raiderette cheerleaders, who claim they are underpaid, sometimes work in deplorable conditions, and that they are often subjected to humiliation.

I think both the Lingerie Football League and NFL cheerleaders are businesses based partially on the notion that being ogled and officially branded as “hot” is a form of payment in itself. That notion is proving to not only be sexist, but potentially illegal. It will be interesting to see how these cases turn out and how many more similar suits will follow. 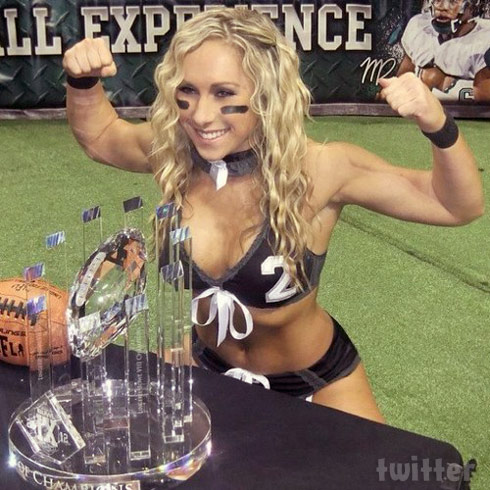