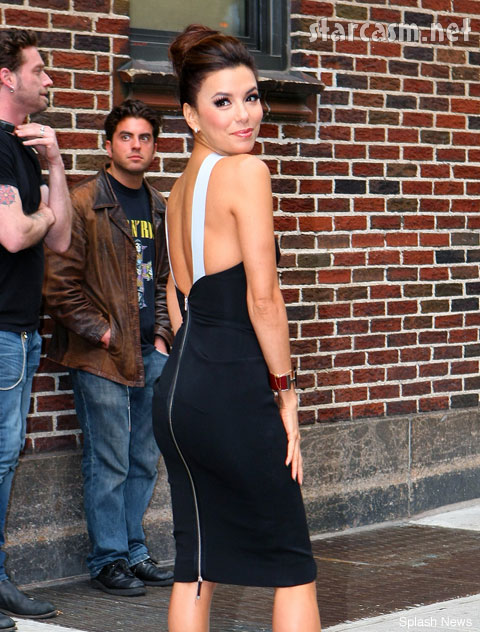 Eva Longoria opened up last night on The Conversation with Amanda De Cadenet about how she felt when she learned ex-husband Tony Parker had cheated on her. The betrayal made her question herself and feel insecure about her looks and sexiness.

She said that she eventually had to realize that Tony’s cheating wasn’t really about her, it was about him, and went on to say that she originally questioned herself because our society seems to rush to blame the who has been cheated on.

“Society usually thinks there’s something wrong with the woman. ‘Oh, he cheated on her, so she must not have been sexually satisfying him. She must have been a ball and chain!'” says Longoria. “Why did he have to have a reason to cheat that had do with me? … I am so secure in who I am. I really am! And I’m not conceited. I just think, ‘Wow, okay, that’s the life you want to live.'”

Eva went on to say that she eventually had to sit down and talk it out with Tony, and just ask him “why” in a nonjudgmental way. Confronting him like that was hard, but that honest and calm conversation probably made it much easier for her in the long run.

PHOTO: Splash News (Photo was chosen both because Eva looks amazing, and also for the two guys nonchalantly photobombing in the background.)