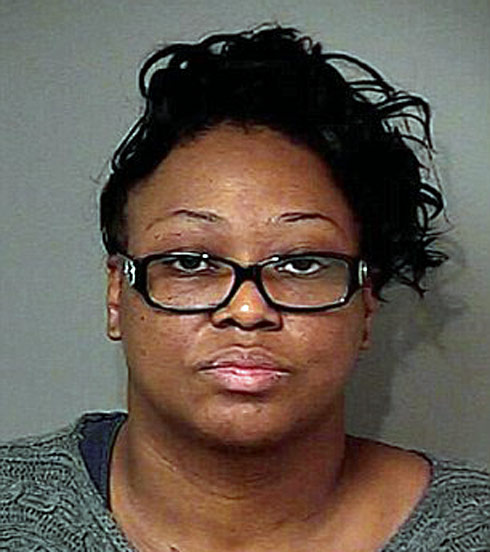 Three children under the age of 10 were subjected to an hour-long punishment labeled “the electric chair” in which their caretaker would subject them to shocks from a stun gun, this according to authorities from Kissimmee, Florida.

Officials were made aware of the alleged abuse when one of the three children under the supervision of Letina Smith, mug shot above, asked her teacher not to call home in regards to her misbehavior at school.

Via the official arrest report:

“(She) explained that the punishment was to get touched with a ‘taser.’ The electric chair consists of the child who is in trouble holding themselves… with their back on the wall and their legs forming a chair. They have to stay there for an hour and if they speak or move Letina will come up to them with the electrical weapon, “taser,” and activate and touch them with it.”

The child in question told police that she and her brothers were looked after by Smith, 41, instead of their mother. No reason was given for this circumstance.

When the investigators spoke with one of the young boys, he said he had been placed in the “electric chair” on Wednesday night. His brother corroborated the story giving similar explanations of the punishment – adding that he had been shocked after falling asleep in the car.

The arrest report also noted that the children were interviewed separately and that each one of them indicated that Smith carried the stun gun either in her brown fanny pack or her blue purse.

When questioned, Smith stated that she did use “the electric chair” punishment and that she would brandish the stun gun near the children as a scare tactic. She denied touching the kids with the device, according to The Orland Sentinel.

No marks were found on the children and officials told reporters that the pink, rectangle-shaped device put out an electric charge from two points, but was not as strong as a taser.

Smith was arrested on Thursday and booked on child abuse charges. Her bail was set at $3,000.

PHOTOS Yes, Palestine has bodybuilders too