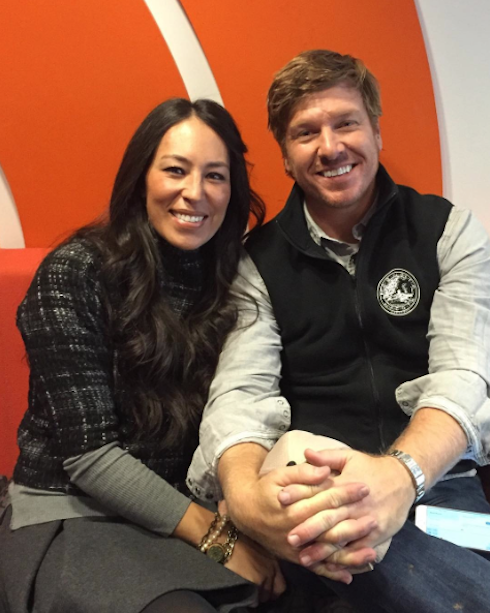 HGTV’s shows are normally a bedrock of good vibes and chill presenters, but the Fixer Upper scandal and Flip or Flop divorce controversy have both rocked the network in consecutive weeks. HGTV’s public statements on the matter offer a picture of calm, though their lack of detail has sometimes left fans wondering what’s really going on behind the scenes.

The Fixer Upper scandal was the first of the two stories to break, and, so far, is the only one to be directly addressed by the network itself. As Season 4 of the über-popular show premiered, a BuzzFeed article on Chip and Joanna Gaines’ church–and, specifically, their church’s pastor-went viral. Their article highlights the views of Jimmy Seibert, head of the Antioch Community Church in Waco, regarding homosexuality. Seibert is on record giving many sermons and interviews with anti-gay views; more troubling to the LGBT community is his advocacy in favor of conversion therapy for homosexuals, a practice which has long been out of favor among civil rights groups and scientists alike.

Shortly after that story broke, HGTV released a statement reaffirming its pro-gay views, and saying, among other things, that the network is “proud to have a crystal clear, consistent record of including people from all walks of life in its series.”

Indeed, gay individuals or couples have appeared on nearly every other HGTV show; Fixer Upper is a notable exception. While he didn’t address Seibert’s remarks directly, or say whether he and Joanna follow Seibert’s teachings to the letter, Chipper Gaines did address the issue in a series of tweets asking for respect from all parties: 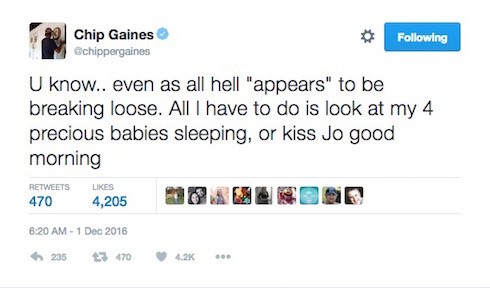 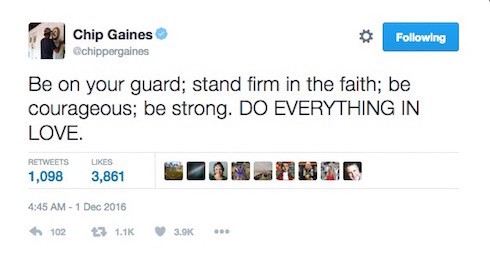 Since then, the Fixer Upper scandal appears to have died down. Though Seibert appeared to double down on his initial remarks in a follow-up interview with a Fox News columnist, neither the network nor the Gainses have addressed the matter again. 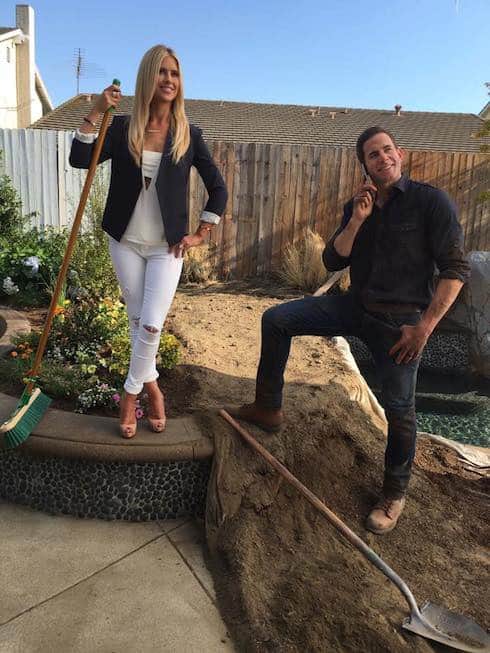 Perhaps more surprising to fans has been the news that Flip or Flop power couple Tarek and Christina El Moussa have agreed to split and reevaluate their marriage following a tumultuous 2016 marked by alleged bickering, infighting, and a reported suicide attempt on Tarek’s part. The bombshell announcement came earlier this week, in the form of a joint statement from both Christina and Tarek, who asked for privacy while they attempt to work things out. And, while they didn’t say whether their intention is to divorce, the word has come up in nearly every article written about the couple in the wake of their announcement.

According to a TMZ report that followed the announcement, Christina called the police to her and Tarek’s Orange County house this past May, after an argument boiled over and resulted in Tarek stalking out of the house with a loaded gun in his hand. 11 deputies and a police helicopter descended on the hiking trail he’d gone down; when he was confronted by police, Tarek reportedly appeared calm and put his gun down, saying he’d only taken it in case he came across dangerous animals while “blowing off steam.” His report conflicted with Christina’s apparent declaration that he’d been suicidal.

Since then, at least one high-profile gossip report, from E!, claims that the pair’s marriage had already “been on thin ice,” that they “constantly fought and bickered” during filming of their show, and furthermore that they “had to be kept apart during breaks.”