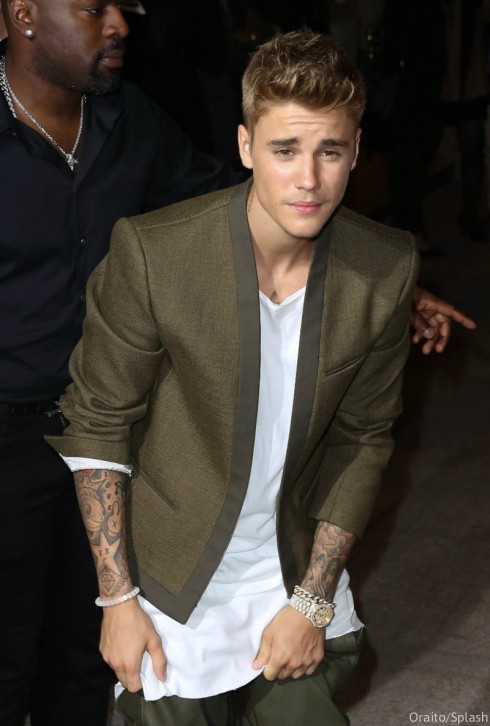 International B.A. Justin Bieber took his shenanigans to Paris this week, where he dined with Kendall Jenner, partied with the Kardashians and topped off the night by getting into a scuffle with paparazzi.

According to witnesses, photographers were blocking the 20-year-old singer’s entrance into his hotel — so he employed the help of Mr. Lefty and Mr. Righty to get through: In one picture, he appears to be throwing a hook at a photographer. In another, it looks like Justin’s holding a guy back by the throat.

Justin Bieber is snapped throwing a punch at the paps in Paris… and we've got the pics. http://t.co/yxOroJfl0z pic.twitter.com/SxG3rsKBLl

It’s unclear whether Justin actually landed a blow on the photographer. If he did and if charges are pressed, it could spell trouble for the “Baby” singer, who is serving a two-year probation sentence that stems from EggGate. Further complicating matters is his arrest in Canada last month for allegedly assaulting a mini-van driver… Who else thinks Justin should just hire someone to hold his arms down whenever he gets fired up?