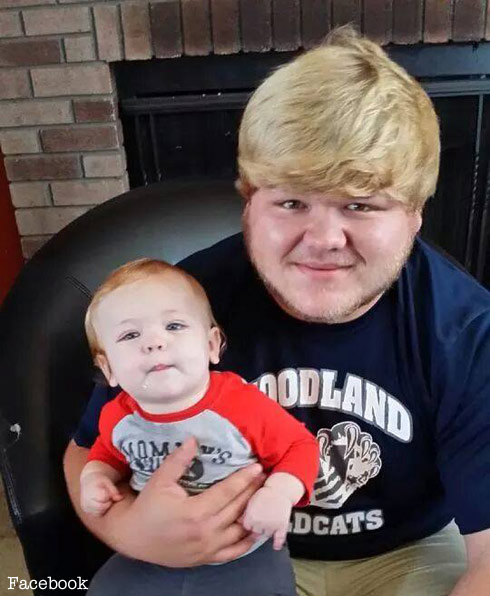 An 18-year-old father-of-one drowned over the holiday weekend in Georgia when a lakeside game involving a rope and a shopping cart went terribly wrong.

Authorities said that on Saturday Chance Werner was playing a game with friends on a dock at Allatoona Lake – located about 35 miles NW of Atlanta. The game in question features a person sitting in a shopping cart that is tied to a pole. The cart is then pushed off the end of a dock and when the rope reaches its length’s end the cart jerks to a halt causing the person riding to “pop” out and into the water.

According to Melissa Cummings, spokeswoman for the Georgia Department of Natural Resources, Werner decided to act as the pole as he had the rope tied to his belt that was fastened around his waist. When the cart was pushed, the momentum pulled Womack into the water around 30 feet deep and he did not resurface.

WSB spoke with Chance’s father Fred Werner who said, “It’s a tragic thing; that little time period where the rope got put onto him and where he got into the water is still a very gray area. We have no answers for that yet.” Chance’s sister Charlee Werner added, “He was just learning to take care of a little baby. He was so proud.”

Fred Werner stated that his son had gone to the location for a party with approximately 50 people in attendance. He wondered if his son was dared into becoming the pole. “With all these shows that are on cable and YouTube, I mean, you never know what’s going on,” he said. Fred Werner acknowledged that his son may have been drinking alcohol.

Chance was a few months shy of graduating high school. There’s still no word on whether or not anyone attempted to dive in to try and save his life.