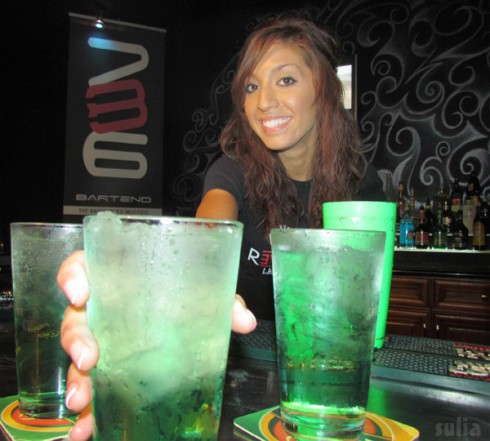 Farrah Abraham was arrested in March and charged with a DUI after a St. Patrick’s Day celebration with her sister and friends. According to the police report, Farrah was irate during the arrest, screaming and banging her head on the police car window in an attempt to get the officers’ attention. Since then, Farrah has insisted that she didn’t actually drive drunk (even though she admits driving drunk for a brief distance on a public roadway to repark her car?), but today she plead guilty in court as part of a plea deal.

TMZ reports that Farrah entered a guilty plea (as expected) in a Nebraska courtroom this morning. “Farrah was sentenced to 6 months probation, a $500 fine, and was ordered to install an ignition interlock device in her car — one of the machines that requires the driver to submit to a breath test before the engine will start,” the site reports.

Following her arrest, Farrah was ordered to install the device in her vehicle, which she did. She even made a Keek video about how to use it — as if we didn’t know she could blow. It’s unclear if it was ever removed, but either way, she has it in her car now.

In addition to the terms listed above, the judge also ordered Farrah to refrain from drinking any alcohol for the entirety of her probation which may prove difficult considering she’s just embarked on a nationwide nightclub tour to promote her sex tape.

Farrah’s other charges of disorderly conduct and refusing to take a field sobriety test were dropped as part of the plea deal.