Despite initially getting blacklisted by the other stars, Farrah Abraham will be on the new season of Teen Mom after all, she and MTV confirmed today.

“There’s going to be lots of excitement from the Teen Mom fans and MTV’s fan base as well, so I’m excited to be back,” Farrah told Us Weekly.

When Teen Mom‘s return was first rumored last year, sources said the three other stars — Maci Bookout, Catelynn Lowell and Amber Portwood — were refusing to participate if Farrah was involved. Farrah responded by saying the show won’t be as great without her and by throwing some serious shade at the other ladies.

“Some of the moms on the show still need that,” Farrah said in August. “Fortunately for me, I have other ways of making money. I can’t keep doing the same things year after year.”

That same month, MTV confirmed the new season would feature only Maci, Catelynn and Amber.

Rumors surfaced in December that Farrah might be returning to the show when it was reported that Farrah had contacted MTV producers asking to be back on the show. In addition, MTV cameras were present at an event at the Palazio Gentlemen’s Club where Farrah was a featured exotic dancer, adding fuel to the rumor fire. Rumor Fix did what they do and “fixed” the rumor, however. “Farrah Abraham will not be making a come back on Teen Mom, despite tabloid reports!” the site reported. “This rumor is simply bogus,” they later added before sharing Farrah’s response to reports that she called MTV producers: “Not true and that is a lie,” Farrah said, “I have no need to change [and no need] to call people.”

As it turns out, the rumors were apparently true all along. Farrah explained why MTV had a change of heart: “I think they were more or less saying that there was more to my story that they really felt was missing from the Teen Mom show, and I totally agree with them,” she said. “I understand their point of view, and it was a funny situation to be in.” 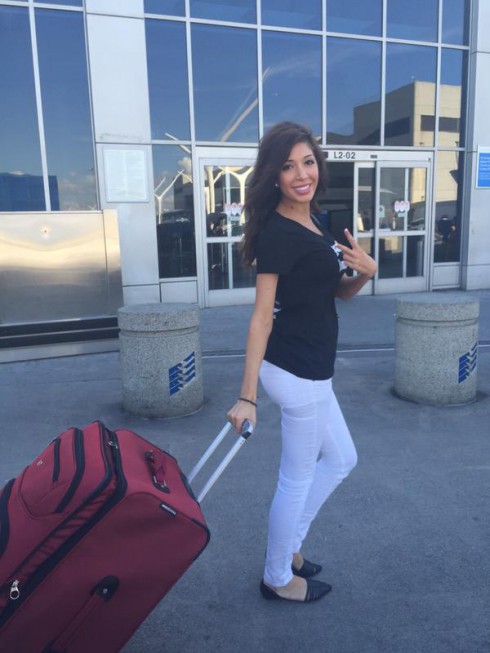 In fact, Teen Mom creator Lauren Dolgen confirmed that’s basically the realization that producers came to after they began filming the other ladies’ stories.

“It was obvious to me that we needed the fourth story,” Lauren said. “There is such a balance of having four stories. There is more of [Farrah’s] story to tell. The girls missed opportunities because they were young mothers and now they have new challenges and new opportunities, but it’s just been an important part of the story telling.”

But, the trick was convincing the other three to welcome Farrah back on the show. Lauren explained, “[The other girls] know that she’s coming back, and it did create a little bit of controversy that will play out in the series.”

Farrah added she won’t be changing her life just because she’s back on the show — even though the other moms’ main gripes were reportedly about Farrah’s lifestyle.

“I’m not doing anything differently that I would not do when the cameras are there or not there,” Farrah said. “I mean, I don’t know if it really benefits me to be on TV because I was most successful in my career when I was away from Teen Mom. So if it benefits me then that’s randomly benefiting. I’m more or less looking at it to benefit Sophia.”

As far as when Teen Mom will be returning, there has been much speculation and many conflicting reports — perhaps due in part to bringing Farrah back on board late in the game? We will surely update as soon as we hear anything definite!

It seems Farrah began filming new scenes last year when she was still working at the Palazio Mens Club in Austin, Texas. There are mixed reports about when the new season will premiere.

PHOTO Farrah Abraham is her own Woman Crush Wednesday

REPORT Farrah Abraham to be on Celebrity Big Brother UK