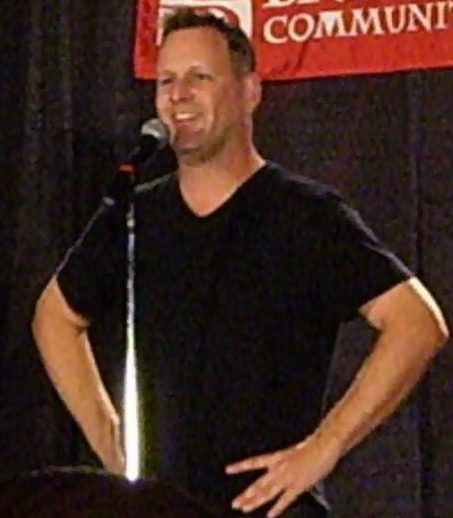 The subject of Alanis Morissette’s song “You Oughta Know” will probably remain a mystery forever. As Morissette herself has put it, “With all due respect to whomever may see themselves in my songs, and it happens all the time, I never really comment on it because I write these songs for myself. I don’t write them for other people.”

But that doesn’t mean we can’t all speculate, does it? Of course it doesn’t. And the number one target of speculation (for this, the very hottest of hot topics) is, of course, Dave Coulier, formerly of Full House, who kind of outed himself as the subject of the song in a 2008 interview with the Calgary Herald.

There’s a problem with outing yourself as the subject of a thing you didn’t write, though–namely, you can’t be one-hundred percent certain that you’re right. Which is why the subject will doubtless come up in every single interview Coulier gives from now until the end of time / his life, and why, when it came up in an interview this week, the comic was equal turns coy and dubiously obtuse over the matter.

I never think about it. I think it’s just really funny that’s it’s become this urban legend, so many years after the fact.

I dated Alanis in 1992. You know, it’s just funny to be the supposed subject of that song. First of all, the guy in that song is a real a-hole, so I don’t want to be that guy. Secondly, I asked Alanis, “I’m getting calls by the media and they want to know who this guy is.” And she said, “Well, you know it could be a bunch of people. But you can say whatever you want.” So one time, I was doing a red carpet somewhere and [the press] just wore me down and everybody wanted to know so I said, “Yeah, all right, I’m the guy. There I said it.” So then it became a snowball effect of, “OH! So you are the guy!”

It’s just become this silly urban legend that I just have to laugh at. 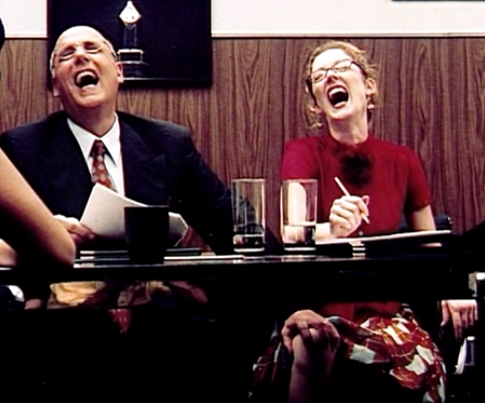 (Before going any farther with this article, you should really do yourselves a favor and read the entirety of the Buzzfeed interview. It’s for the most part quite charming and amusing; Coulier is clearly at ease reminiscing about the good old days, thankful for the success he’s had, and grateful to be doing what he’s doing now.)

Now, having gotten that pleasantry out of the way: let’s all take off whatever headgear we happen to be wearing today and put on our Freshman Year Introductory Composition Critical Thinking Caps for a moment, and examine some of the more subtle nuances and pivots in Coulier’s response.

First point to ponder: This is a rather long statement for a man whose first words on the subject are “I never think about it,” yes? And he may be fast on his feet, but this response has some real detail in it.

Second point: Just because “the guy in that song is a real a-hole,” Dave, doesn’t mean he can’t also be you. What were you doing in 1992? How were you living it up? They were looser times, to be sure; more innocent; more sublime, in a lot of ways. The mullet was in vogue. Stamos was an unstoppable force. This guy did things that make this guy look like this guy. You might barely remember how you acted back then. You might hide your true memories and feelings behind a veil of shame. If that’s so, take heart: sometimes songwriting is the perfect salve.

Thirdly: Of course Alanis Morissette, who wrote the song, is going to tell you to believe whatever you want. What better way for her to both keep the speculation going and keep it (mildly) interesting? Didn’t you hear her giggle to someone else in the room as she went to hang up the phone?

And fourth and finally: Yes, Dave, this has become an urban legend–but one that you have no choice to laugh at, since you’ve made yourself an integral part of its perpetuation. If you hadn’t taken credit for being the guy Alanis went down on in a theater, and who then treated terribly–and that was very rude of you to do that, subject of the song, whomever you may be–we would all be laughing at the possibility that that guy was you, instead of the likelihood. Just like we used to on the playgrounds and in the coffeehouses of yore. You could still be best known as someone who made a living with his hand up a puppet’s ass.

At this point, the true identity is at least in part an exercise in exhaustion. Meaning, will we get tired of guessing who the subject is before Coulier breaks down and begs Alanis to reveal the truth. And I just hope it doesn’t turn out to be Sarah Slean. Because none of us would have seen that coming. You might even call it ironic.

Was The Bachelor’s NASCAR date intentional for Emily Maynard?