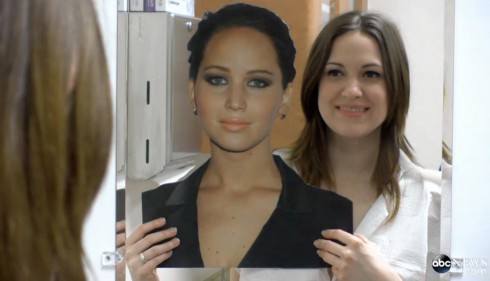 A 30-year-old Texas mother recently endured $25,000 worth of plastic surgery to look like Jennifer Lawrence.

“I don’t think you have to be crazy to want to look better or feel better about yourself,” Kitty told ABC News. “That’s not crazy.”

The married mother-of-one said people regularly noted her shared characteristics with the Academy Award winners. She decided to play up those features by undergoing liposuction to her face and body, a breast augmentation, rhinoplasty and fat grafts to her cheeks and buttocks.

Although the results aren’t as drastic as Toby Sheldon’s $100,000 transformation into a Justin Bieber lookalike, the surgeries definitely have Kitty looking like a new woman… Watch as ABC News followed her transformation.

“Jennifer Lawrence isn’t a celebrity that I have particularly strong feelings about one way or another,” he said. “It’s totally her choice.” 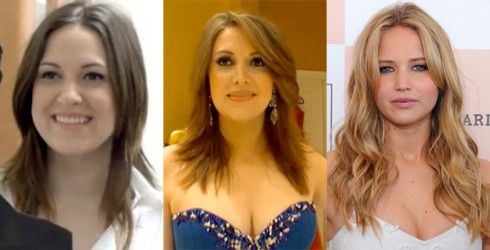 ^Kitty before and after her “Jennifer Lawrence” plastic surgeries.

Kitty’s procedures took her out of commission for one month and depleted her “Me Fund.” Although I wouldn’t say it was all that successful in making the pretty mom look like Jen, Kitty disagrees.

“Of course I look like Jennifer Lawrence,” she said. “I thought I had a resemblance to Jennifer Lawrence before my surgery and now I think after, my features are more refined to where they resemble her more.”