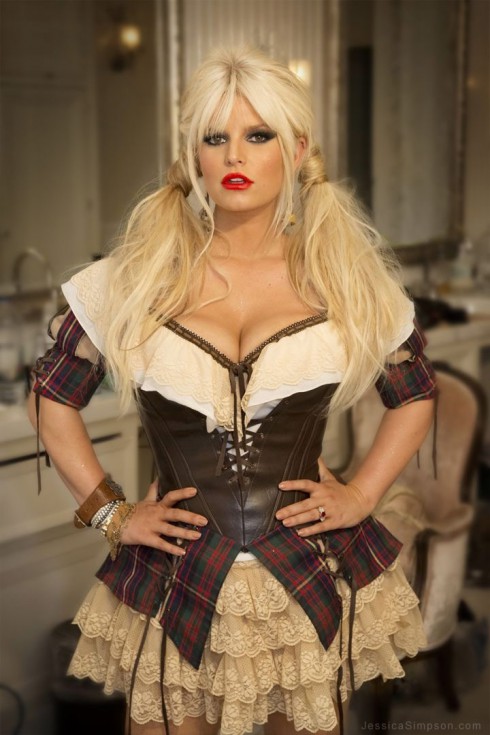 Jessica Simpson welcomed daughter Maxwell Drew Johnson 6 months ago, but losing the baby weight has proved to be quite the challenge for her after reportedly gaining nearly 70 pounds during her pregnancy. With the help of Weight Watchers, the pop star has reportedly lost 60 pounds and she flaunted her new, slimmer figure in a sexy wench Halloween costume!

Jessica and fiancé Eric Johnson decided to correlate their costumes with Jessica dressing as a corseted wench and Eric going as Braveheart. Their daughter Maxwell, on the other hand, kept it simple by going as the world’s cutest rooster. Jessica’s costume, with the help of the corset, showed off a trim waist and her usual voluptuous chest. Her legs seem to be thinner as well.

Jessica is eating less and exercising more to get her old body back. She’s doing 60 minutes of cardio every day, but there’s one — well two things getting in her way from going into a more hardcore cardio routine. “My boobs are way too big to run at this point. I’m just walking,” she explained.

Jessica claims to have only gained 40 pounds during her pregnancy, but experts estimated it to be nearly double that amount, as we noted above. According to a report, Jessica was required to lose at least 50 pounds in order to receive her $3 million payout from Weight Watchers.

Of her weight loss struggle, Jessica recently told press, “I’m not a supermodel. My body is not bouncing back like a supermodel. I’m just your everyday woman who is trying to feel good and be healthy for her daughter, her fiancé and herself.”

Check out more photos of Jessica Simpson and family in her adorable Halloween card below featuring a costume change for little Maxwell! 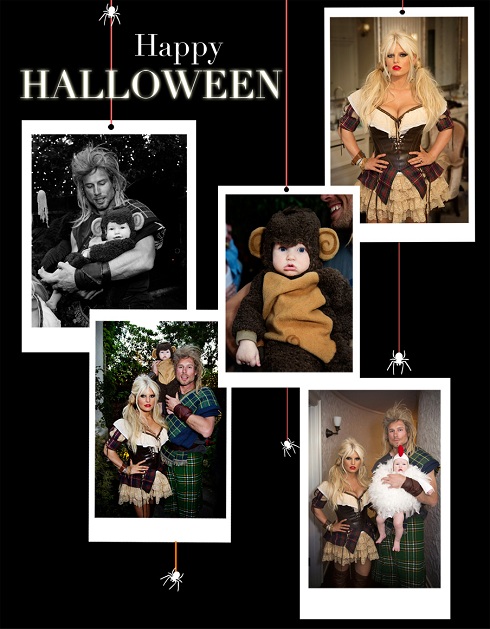 Keep up to date on all things Jessica at JessicaSimpson.com!

PHOTOS Did My 600 Lb Life’s Renee Biran have a hospital wedding with an Elvis impersonator officiant?