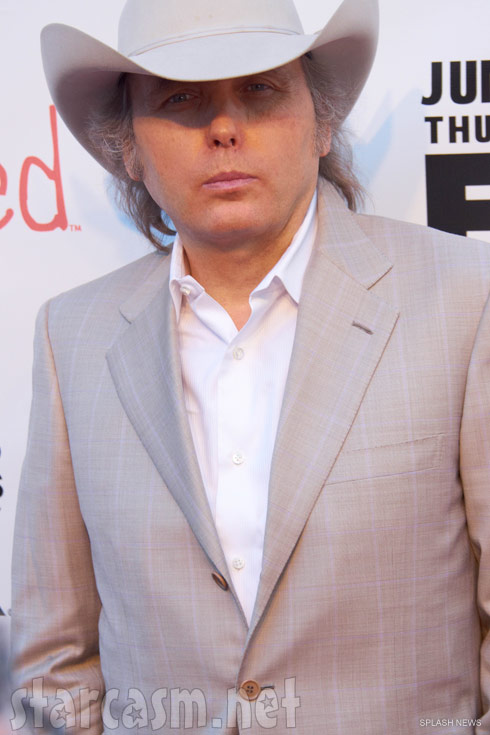 It’s been five years since country music legend Dwight Yoakam’s last released an album of new material, and a lot longer than that since he recorded for Warner Brothers/Reprise Records – the label Dwight was on when he stormed onto the country music scene with a string of nearly perfect Bakersfield-inspired albums that included Guitars, Cadillacs, Etc., Etc., Hillbilly Deluxe, Buenas Noches from a Lonely Room, If There Was a Way and This Time.

Warner Brothers Records just announced via press release that their twangy son is returning home for a new album of original material due out in early 2012!

“Dwight Yoakam is country music. His voice is immediately recognizable and his artistry is iconic,” said John Esposito, Warner Music Nashville’s President & CEO. “When I heard his current music, I was blown away. I think that it is some of the best music he has ever done and I’m incredibly proud to have him back at Warner Bros. Records.”

And some of that “current music” that blew away Esposito may very well have been songs Dwight recorded with alternative music pioneer Beck! From the press release:

Yoakam’s highly anticipated new record is set for an early 2012 release and is expected to be co-produced by Joe Chiccarelli (My Morning Jacket, The Shins, The Strokes) along with producer Yoakam, who has recently finished recording several tracks with musician Beck.

You don’t have to be all that familiar with Beck’s oeuvre to realize this isn’t a stretch at all. Numerous Beck songs show the influence of country music with some of them leaving the notion of “influenced” behind and venturing headlong into hillbilly. Don’t believe me? Then take the word of Johnny Cash, who talks in this clip about Beck’s song “Rowboat” which Johnny recorded and used as the opening track to his American Recordings album Unchained in 1996:

But this here post ain’t about Beck! This here is about Dwight Yoakam! Here’s what he had to say about his return to Warner Brothers:

“I’m pleased to be back in partnership with Warner Music Group for the release of my new music,” said Yoakam. “I’m excited about the enthusiasm they’ve expressed in their desire to once again be the conduit for my songs and recordings as well as the ensuing musical journey that it will take us on.”

I for one can’t wait for Dwight to get back in the studio with a fresh batch of dudes (and dudettes if that’s the case!) not afraid to take some chances! Sure, I’m as big a fan of the Pete Anderson/Don Rich hot lick as anybody – and no one (even Buck) has ever given twang as much depth as Dwight! (Though Merle Haggard is considered a member of the “Bakersfield sound” and no one is any “deeper” than the Hag, I don’t think I would consider him “twang” – would you?) But, it’s always seemed to me that ol’ Dwight had some musical wild hairs he never pursued and I hope this will give him a chance to do just that.

I’m not expecting his version of “Two Turntables and a Microphone” but could easily imagine a set similar to Beck’s classic Sea Change album! (Giddy up!)

Ahhhhhh… anything else I would write would just be fanboy gibberish so I will wrap things up hoping you learned a little something and that you’re as excited as I am about early 2012. Here’s one of my favorite “recent” recordings by Dwight from his (out of print?) 2003 album Population Me titled “The Back of Your Hand.” I don’t think Dwight wrote it, but I also don’t think that matters…

Top photo: Dwight Yoakam at the FX premiere of Wilford and Louis Season 2 on June 20, 2011. (Suntzulynn for LE / Splash News)