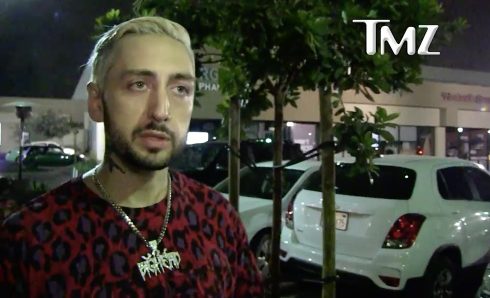 Earlier this month, Demi Lovato’s alleged drug dealer spoke out about the night she overdosed. Brandon Johnson shared intimate details surrounding Demi’s drug use and says she “fully understood” what she was taking the night she fell unresponsive.

Brandon’s admission about providing the pop star with narcotics was shocking, but Demi’s condition was defined as a “self-induced medical emergency” meaning Brandon would not be arrested or held responsible.

However, that doesn’t mean he will escape his day in court…

Back in June, Johnson was arrested for cocaine possession and DUI. He was scheduled to appear in court this past Monday as a result of those charges. According to TMZ, he never showed so the judge issued a bench warrant for his arrest.

Perhaps it’s poetic justice. Even though he avoided charges associated with Demi’s overdose, it appears he will certainly face the music on other drug related issues.