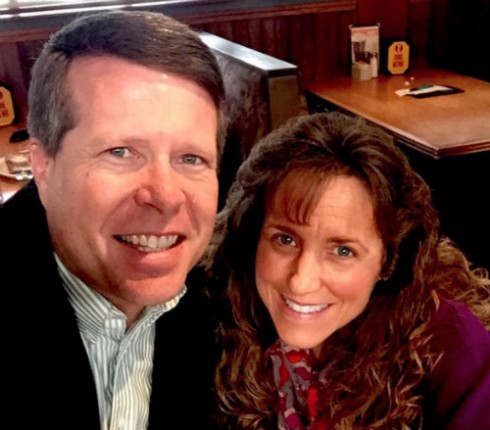 Just before Jill Dillard got married in June 2014, Michelle Duggar shared her advice for married women in a blog post that was rife with controversial suggestions. Stranger yet, the family posted Michelle’s marriage advice article again on Thursday — which is causing many to wonder just what the Duggars are thinking.

In the post, Michelle advised having disagreements in private and meeting with a marriage counselor when necessary. But her comments about being “joyfully available” to husbands are the ones raising eyebrows. She said: “Be available, and not just available, but be joyfully available for him. Smile and be willing to say, ‘Yes, sweetie I am here for you,’ no matter what, even though you may be exhausted and big pregnant and you may not feel like he feels. I’m still here for you and I’m going to meet that need because I know it’s a need for you.”

The part about being available even when pregnant is especially tone deaf, considering son Josh Duggar allegedly cheated on wife Anna Duggar while she was expecting their fourth child. (Josh admitted to having affairs, but wasn’t specific about the timeline.) In light of that, people are wondering if sharing the post again is a dig at Anna.

“Unbelievable! In Michelle Duggar’s latest blog entry she subtly blames anna cause Josh is a man whore,” one person commented on Twitter.

“She’s sending a veiled message to her daughter in law… and she ought to be ashamed,” another said. To that, one commenter responded, “Very thinly veiled. It was only a matter of time before they blamed Anna.”

After Josh left for a long-term rehabilitation facility, Anna reportedly moved back to her home state of Florida with her four children. “She’s having a tough time and needed the support, so she took the kids and moved back in with her mom. Josh is still in rehab getting no doctor supervision whatsoever,” an insider told Hollywood Life late last month. “She’s being pulled in different directions.”

Even if the Duggars weren’t intentionally dissing Anna (and I do believe they can be that ignorant), the timing of the post is questionable at best. But hopefully most people now realize that it isn’t wise to take advice from the former 19 Kids and Counting stars.

Michelle and Jim Bob Duggar announce 19th baby – will they go for 20?