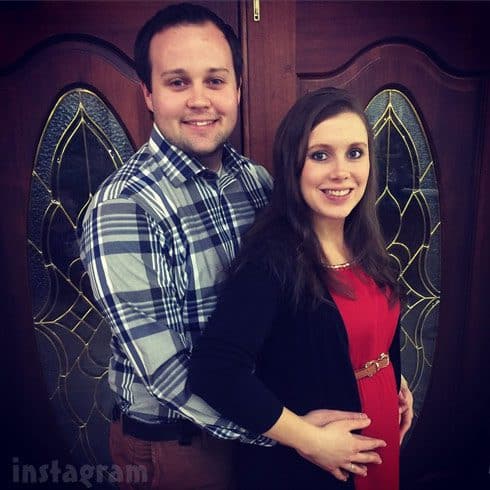 Anna Duggar made an unexpected return to Instagram this week, taking to the platform to share a few family photos for the first time in almost two years. There was nothing special about the pics Anna shared — no birthday, anniversary, or other noteworthy event, just some snaps of her kids playing. But, because Counting On returns February 26th, Duggar fans and detractors alike are wondering: does the return to social media mean we’ll see Anna Duggar on Counting On this year?

Usually my boys are playing with blocks, hot wheels, and nerf guns. Sometimes they decide to get creative “toys” — stack ‘em and then snack ‘em! #creativity

To be sure, it’s not as if Anna has been completely absent from social media since Josh Duggar’s dual scandals got 19 Kids and Counting booted off the air. She uses Twitter somewhat regularly, and appears in Duggar family photos across platforms. However, it’s not just the timing of the two events that has the gossip flowing; there’s also the recent major changes to Counting On‘s cast.

Derick Dillard, who TLC executives reportedly worried was turning into “the new Josh Duggar” due to his penchant for controversy, was fired from Counting On last fall for his ongoing attacks against the transgender community and TLC star Jazz Jennings. Shortly thereafter, Derick claimed that he’d actually quit the show, saying he wanted to go in a “different direction” — and suggesting he’d be taking Jill with him:

Unbelievable what’s considered newsworthy these days, but then again, this is how I first heard that I was “fired”. For the record, I was never fired. I just felt it best for my family to cut ties months ago, as we are heading in a different direction. https://t.co/XUFD3i5arj

Neither Jill Dillard nor TLC have since confirmed or denied that Jill is done with the show. Derick’s tweet has gotten fresh attention, though, in light of gossip about Anna Duggar on Counting On this season.

Plus, there was plenty of talk well before then. OK! went so far as to say that Anna had “sealed her spot” among the Counting On cast when she announced she was pregnant with baby #5 last spring. Since then, she’s given birth to that child, son Mason Garrett, and remained publicly silent despite plenty of whispering about she and Josh’s allegedly troubled marriage — to say nothing of reports that Josh has been “creeping back” into the Duggars’ good graces.

If Anna Duggar is on Counting On for its new episodes, she’ll hardly be the only new controversy related to the show. The Duggars have recently come under fire for their endorsement of Michael Pearl, a fundamentalist pastor best known for teaching child abuse as a parenting method. Pearl has business ties to the Duggar family, and the Duggars’ own use of some of Pearl’s methods on their children has come under renewed scrutiny.

(Photo credits: Anna Duggar on Counting On via Facebook)