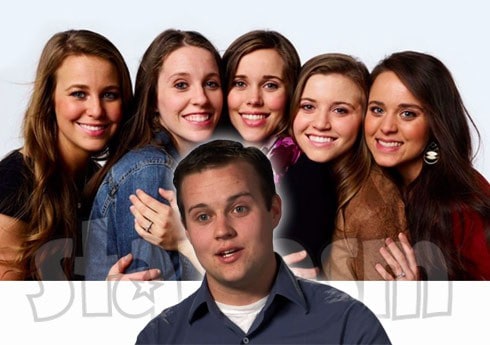 There’s a new turn in the molestation scandal that rocked the popular Duggar family from 19 Kids and Counting and Counting On.

Jill Duggar, Jessa Duggar, Jinger Duggar, and Joy-Anna Duggar have filed a lawsuit against the city of Springdale, Arkansas over the release of information relating to brother Josh Duggar’s admitted molestation of his sisters.

In Touch had filed a a Freedom of Information Act request in 2015 to obtain police files stemming from the 2006 investigation by police. The outlet dropped the bombshell information about the report in a number of articles but the Duggar sisters argue that under Arkansas law, In Touch should have never been provided details regarding information that pertains to sexual misconduct involving children.

In all, the four sisters are suing the police, the city, the county and In Touch for damages. The Duggars told TMZ that they are suing as a means to protect all children who are victims of abuse. There’s no word yet on the amount the Duggars are seeking.

After the story initially broke, Jill and Jessa spoke out publicly about what happened and came to the defense of their brother. Jessa said, “I do want to speak up in his defense against people who are calling him a child molester or a pedophile or a rapist […] I’m like, that is so overboard and a lie really,” adding, “In Josh’s case, he was a boy, a young boy in puberty and a little too curious about girls, and that got him into some trouble, and he made some bad choices.”

They both railed against all the reporting at the time, stating that the focus was tantamount to a “re-victimization that’s even a thousand times worse.”