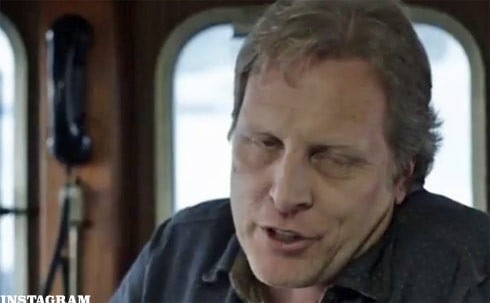 Deadliest Catch star Sig Hansen has apologized for an altercation with an Uber driver that ended up in his arrest.

The celebrity crab-boat captain was out celebrating Norway’s Constitution Day in Seattle late Wednesday night and early Thursday morning. He and three others called for an Uber and everything was going fine until the driver was notified that there was a problem with payment.

A member of the party offered the driver $100 but Uber drivers aren’t allowed to get paid in cash. The driver stopped in route to let them out and that’s when things went sideways. According to the police report via The Seattle Times, Hansen and another rider got agitated and spit on the driver. Sig even went as far as kicking a dent in the car.

An “obviously intoxicated” Hansen denied involvement when the police arrived at his home later early Thursday morning. He resisted at first but then relented and was taken to jail. He bailed out soon after.

Hansen, who has faced a protracted legal battle with an estranged daughter over accusations of molestation, then posted an apology on Twitter:

Regarding the altercation last night, I am terribly sorry for my behavior and am very embarrassed by it.

I hope I can make that apology in person. I have no excuse, and accept responsibility for my actions.

Hansen also released a full statement via a rep to ST, “I am terribly sorry for my behavior and am very embarrassed by it. I owe a bunch of people apologies, first and foremost to our Uber driver, who was just trying to get us home safely. I hope I can make that apology in person. I have no excuse, and accept responsibility for my actions. I made a boneheaded move last night, and I am sorry,” it read.