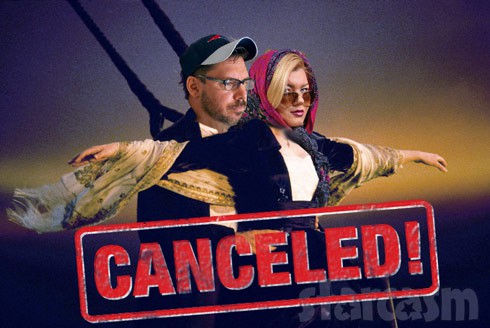 Multiple outlets are reporting that Teen Mom stars Amber Portwood and Matt Baier have put the brakes on their plans for a fall wedding.

Where there’s smoke there’s fire and two sites that get it right a vast majority of the time are quoting sources close to the pair about the pause.

“For the time being, Matt and Amber’s engagement is on hold. They are working on their relationship. A lot has come out through the course of filming and from various online stories. That has added extra pressure and made things difficult. They’ve both been open about their personal struggles, but it hasn’t been easy when their lives are under such heavy scrutiny. Despite their issues, they are still living together and are hopeful things can be fixed.”

The news comes right after an explosive teaser video was released from MTV (WATCH HERE) in which Matt was furious over Amber’s reluctance to wed on a prior occasion in Vegas. He said on camera that he would never marry Amber after the embarrassment he suffered on TV.

“They are still together and living together but there have been a few bumps in the road. The fall wedding isn’t happening… Amber got cold feet after a series of red flags.”

Neither Amber or Matt have responded to today’s reports. When Amber was tagged on a tweet about that MTV clip she replied, “You guy’s quit. We’ve all said some horrible things when we’re pissed! Just remember me back in the day…just keep watching!”

US asked noted Amber and Matt enemy Farrah Abraham about the news and she said, “Not surprised.”