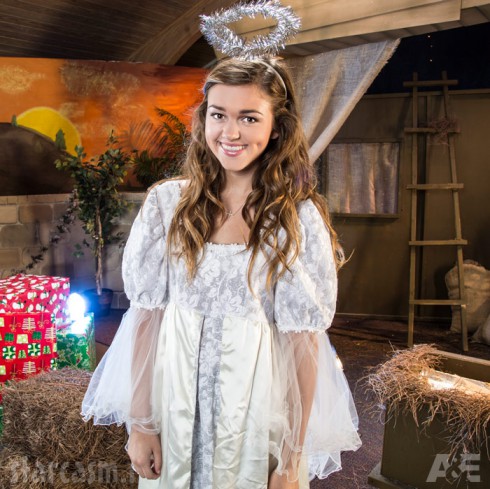 16-year-old Duck Dynasty star Sadie Robertson recently spoke with FOX411 to discuss her focus on faith and to let her fans know that she intends on staying grounded as her fame continues to grow.

The daughter of Willie and Korie Robertson said:

“When we began ‘Duck Dynasty,’ we weren’t starting it for fame. We started it to get the message of God out there. We could have easily done a reality show like everyone else, but it’s our faith that catches people’s eyes because sadly, it’s not something we’re used to seeing on TV these days.”

The busy young woman, you can see some of her modeling work here, revealed how the now famous family sat down during one of their dinner gatherings before the show began to talk about the importance of keeping each other in check if their heads got too big:

“We had a family dinner before the show started and we talked about if at any time in this journey that God is not first, then we have to put the show away. If we start to think of ourselves too highly, we remember that we were happy before the show and we will be happy after the show.”

These are the same sentiments projected by the Robertsons after they defended patriarch Phil’s controversial comments that led to a mandatory brief hiatus from A&E for the inventor of the Duck Commander duck call.

“We started The New Different because we saw all of these people get famous from doing stupid things on Vine and YouTube and we thought if they can put the stupidest things online and have millions of views, why don’t we start a Christian-based video series?”

Sadie then mentioned Miley Cyrus as an example of someone who her fans hope she does not turn out like:

“I get a tweet at least once a day that says, ‘I hope Sadie Robertson doesn’t turn out like Miley Cyrus.’ When you’re famous you do get so much attention that I can see how you could just think the world of yourself. I think if you go into it thinking that this is not for me, that this is for God, you’ll be okay.” 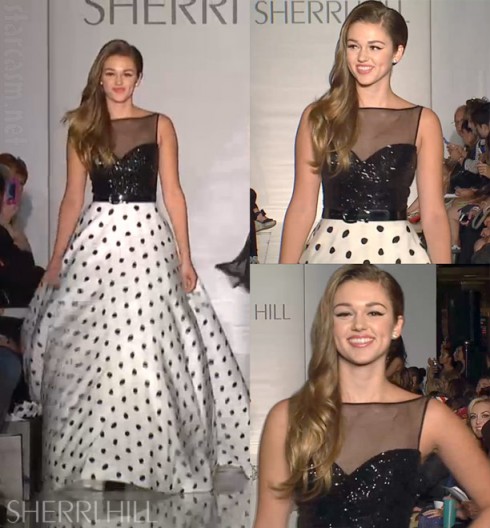 Sadie backed that sentiment via Twitter when she RT’d the following to her over 1 million followers:

Crying right now cause knowing I lost my role model Hannah Montana but now I can leave that in the past and take Sadie in as it! @sadierob

The piece concluded with Sadie calling upon the mantra of the show that has made her family famous, “Faith. Family. Ducks.”

“This world can influence you in some bad ways. I know I couldn’t do it by myself and my family reminds me why I’m doing this. We wouldn’t have anything that we do have if it weren’t for God and we have to give Him the glory for everything.”

Sadie tweeted yesterday, “Don’t let fame shake your faith.” By all accounts – I think she’s practicing what she preaches.

VIDEO Meet the cast of Dancing With the Stars Season 19