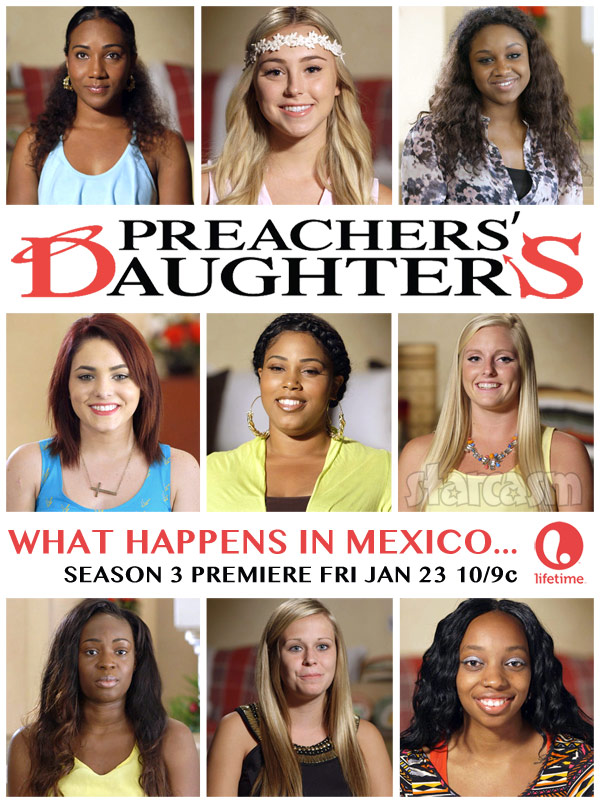 Viewers of Lifetime’s parentally pious reality series Preachers’ Daughters probably wouldn’t expect to get a heavy dose of evolution, but that’s exactly what appears to be happening from season to season as the show has evolved from an in-house look at the lives of young ladies with preacher parents to a Bad Girls Club inspired under-one-roof Mexican mission dramafest with Jesus taking a back seat to booze and twerking — a LOT of booze and a LOT of twerking. Or at least that’s what it looks like in the new Preachers’ Daughters Season 3 trailer.

I think reality TV has a new term now: “Dropping a Lolly bomb.” That’s when producers introduce an explosive character to stir things up and cause drama. (I am guessing we will also be introduced to a new definition for “Lolly gagging” as well.) (Oh, and I assume here dad will be known affectionately as “Lolly Pop?”) 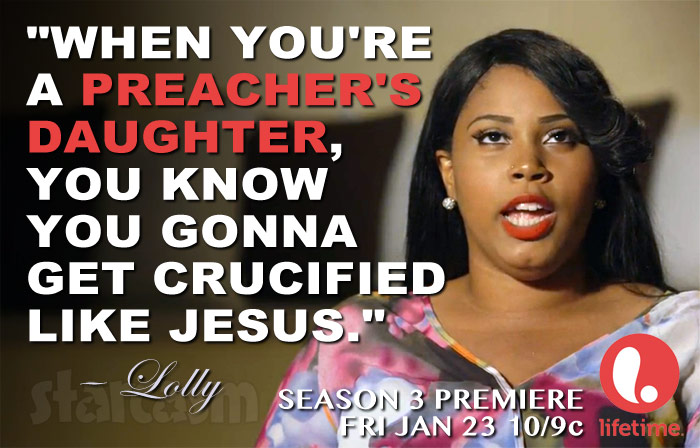 Here is a synopsis of the new season and the first couple episodes followed by photos of the many, many new cast members. (Megan Cassidy is the only cast member returning from Season 2.)

The divide between sinners and saints has never been more clear than in the all-new season of Lifetime’s hit docuseries PREACHERS’ DAUGHTERS. Nine preachers’ daughters leave their homes to pursue missionary work in Mexico. But with their newfound freedom, will the preachers’ daughters remain on their best behavior?

MISSION FROM GOD (#301) – Airs Friday, January 23 at 10/9c
A group of Preachers’ Daughters are on a mission trip to Cabo San Lucas and they quickly become divided over their different views on Christianity and the temptations surrounding them. Megan feels like the odd man out because of her choice not to drink and the drama escalates when Kristiana confesses something to which goes against everything Cierra believes in.

HOT AS HELL (#302) – Airs Friday, January 30 at 10/9c
Cierra’s temper becomes an issue when she is made mission leader and wreaks havoc among the group; Kayla starts a battle when she selfishly drinks all the water and the girls gossip behind her back. A new girl arrives, shaking things up among the Preachers’ Daughters, and the house will never be the same. 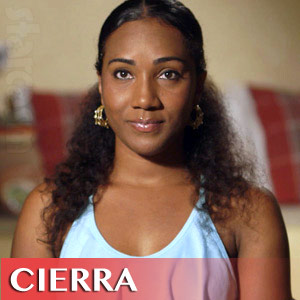 Cierra Vaughn
22 (Chicago, IL) The daughter of a pastor at the House of Judah, Cierra began rebelling at an early age with alcohol as her biggest temptation. 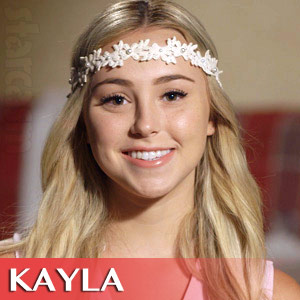 Kayla Wilde
20 (Newport Beach, CA) ­ Kayla is no stranger to missionary work, but after high school, she moved out on her own and hit the party scene full force, which made her lose sight of her relationship with God. 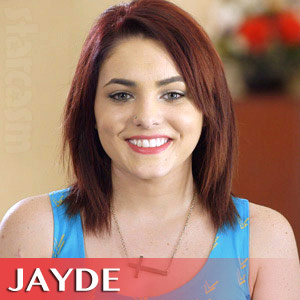 Jayde Gomez
20 (Lakeland, FL) A self-proclaimed “good Christian,” Jayde currently lives at home under strict rules, including having her parent check her text messages. She loves Bible study, praying nightly and writing in her devotion book. 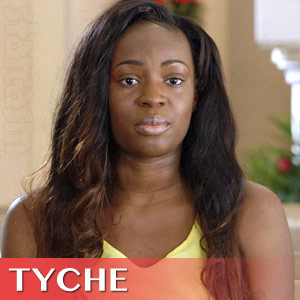 Tyche Crockett
22 (New Orleans, LA) ­ Raised by her strict pastor grandfather, Tyche is the oldest of five children. She is proud that her siblings turn to her for guidance and advice. 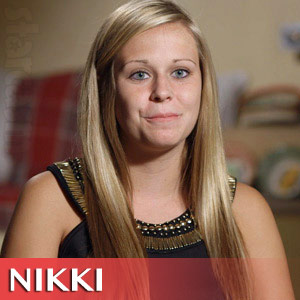 Nikkie Efimetz
19 (Columbia, South Carolina) ­ A fun-loving southern girl with overbearing parents, Nikki has a heart of gold and a liver made out of stone. She is trying to find a balance between academic excellence and partying. 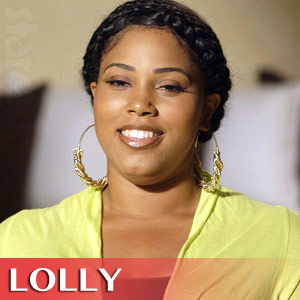 Lolly White
24 (Los Angeles, CA) ­ Growing up in the tough neighborhood of South Central Los Angeles, Lolly quickly developed tough skin. She recently decided that she won’t follow the path of her preacher father and has left his church, worshiping elsewhere. 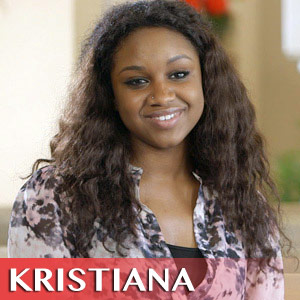 Kristiana Flowers
18 (Detroit, MI) ­ The youngest daughter of Reverend Kenneth James Flowers of the Greater New Mt. Moriah Missionary Baptist Church, Kristiana has felt the pressure to be the perfect preacher¹s daughter. Through all her troubles, she has always kept God in her heart. 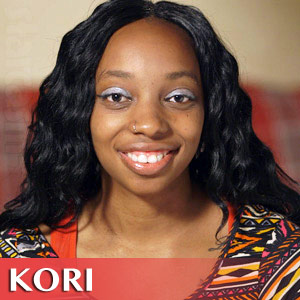 Kori Haynes
22 (McComb, Mississippi) ­ A proud mother of one, Kori feels she is being judged by anyone and everyone who is affiliated with the church. She truly believes she can be her wild, partying self and still have love for God at the same time.