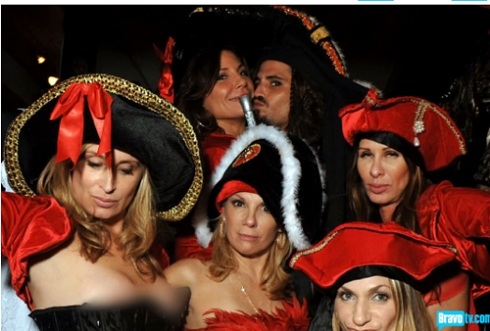 LuAnn de Lesseps appeared to have cheated on her boyfriend, Jacques Azoulay, on last night’s episode of Real Housewives of New York. Following a night out, LuAnn brought a man named Thomas back to her hotel. After he stayed the night, LuAnn phoned a friend to make sure that he wouldn’t say that he had been alone with her since she told the ladies it had been a group of people.

Unfortunately for LuAnn, she was on the mic during the call and Bravo was able to translate what she had said. Plus, the other ladies had already revealed a few telling tales such as the fact that LuAnn had came to Heather’s room with Thomas at 3 a.m. LuAnn had been gushing about Thomas’ good looks all night and even following their alleged affair, she kept telling the other ladies how much he looked like Johnny Depp.

The fans and her co-stars weren’t falling for the B.S. and couldn’t believe that she would behave that way while in a relationship. Following the backlash from her night with Thomas, LuAnn is speaking to Celebuzz and denying any inappropriate behavior. 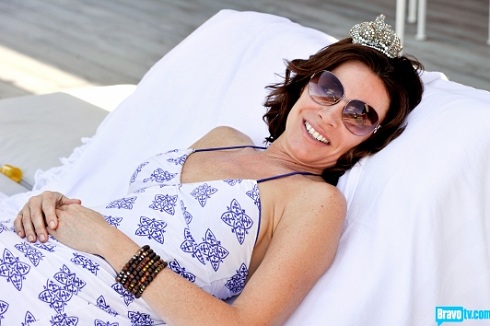 “What may have looked like infidelity on last night’s episode was in reality a ride home and a tour of the house after an evening of fun on vacation eight months ago,” she says. “Do you think I would bring a man back to a houseful of housewives (and cameras) if I were planning on having an affair?”

“My big mistake was trying to avoid the speculation and assumptions by telling a white lie,” she adds. “The problem with telling a white lie is that you have to stick to your story. That’s why I made the call when I heard that Tomas was coming for dinner that night. Never tell a fib, because it can snowball out of control. LESSON LEARNED!”

Her fellow Housewives and fans may not be buying her story, but the one person that matters the most has faith that nothing happened between LuAnn and Thomas. “As I write this, Jacques and I are on vacation and we couldn’t be more united and happy!” LuAnn declares.

For more of LuAnn de Lesseps and the ladies of Real Housewives of New York, tune in every Monday night at 9/8c.