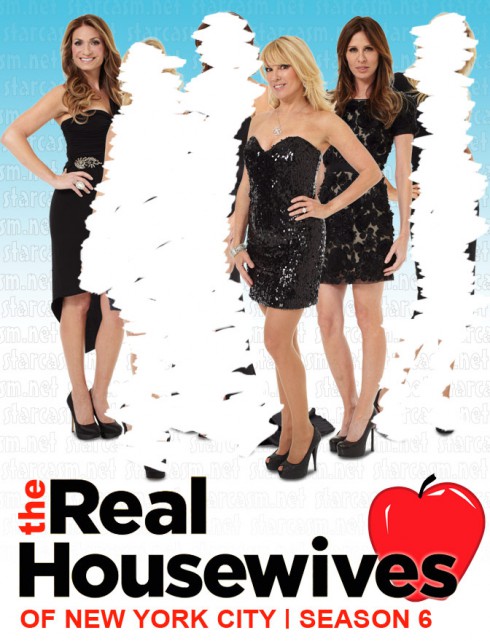 The only ladies from the New York franchise who attended the event last night were five-season veteran Ramona Singer and newbies Carole Radziwill and Heather Thompson. Ramona tweeted, “Reunited with @iamHeatherT and @CaroleRadziwill last night on @Bravotv blue carpet!” with a photo of the three housewives (below). 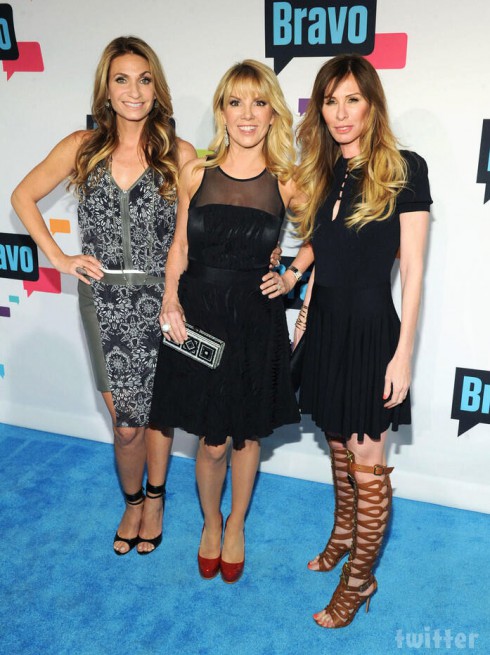 Interestingly, Bravo reportedly told the Huffington Post that these three have signed on for Season 6, but made no mention of the other ladies. The notable absences of fellow five-season veteran Countess Luann de Lesseps, Sonja Morgan, and Aviva Drescher all sparked rumors that the three would not be returning to the show next season.

The Bravo Upfronts have previously been used as a litmus test to determine who will be returning to the shows for the next season, who has quit, and who has been fired. Real Housewives of Atlanta’s Sheree Whitfield’s absence from the 2012 Bravo Upfronts sparked rumors that she would not be returning for the following season, and the rumors turned out to be true.

The ladies’ absences only serve to propel rumors that many of the cast have been handed pink slips. Ramona, Luann and Sonja were the only Real Housewives of New York City who were not fired during the major cast shakeup for Season 5.

In the days leading up to the Bravo Upfront, there was great speculation about who would be returning to The Real Housewives of New York City, as the ladies were left in the dark about specifics for the new season until very recently. The New York Daily News reported that the women who have not signed on for Season 6 are holding out for more money. also, Sonja predicted that Luann and Heather would not be returning for season six.

At the Season 5 reunion, Luann was placed in the third farthest seat from host Andy Cohen, which is where the housewives who have the least amount of drama are usually placed. It also serves as speculation as to who could be on the chopping block for the next season: on Season 4, Alex McCord and Cindy Barshop were placed in the third farthest seats on either couch, and both were then fired. However, Heather was also seated in the third farthest seat on the other couch for the Season 5 reunion, and has already signed on for the next season, so this theory may not be that steadfast (and would explain why Sonja hypothesized that Luann and Heather would not be returning). If Luann is fired, she will be the third original housewife fired from the show, and the only cast member left who has been on the show since the beginning will be Ramona.

Lest you fear that your favorite New York City ladies are gone for good, it seems at least one of them has a legitimate excuse for missing the Bravo Upfronts: when asked by a Twitter follower why she wasn’t at the Bravo Upfront, Sonja tweeted, “JUST BACK FROM THAILAND & CATCHING UP ON BIZ, LIFE XO.” Luann and Aviva have not explained their absences from last night’s festivities.

Whether or not Luann, Sonja, and Aviva return for Season 6 (and we hope they will!), we implore Bravo to stop torturing us and reveal the cast pronto!

PHOTO – Why does RHNY’s Sonja Morgan keep showing her (real and metaphorical) butt this season?