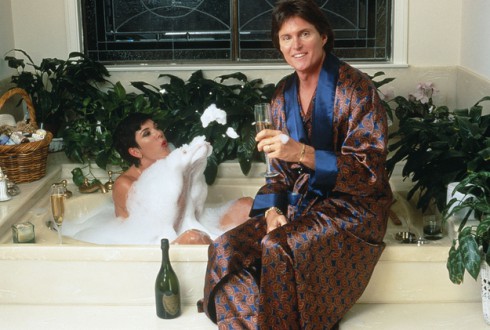 The world wasn’t exactly shocked when news hit that Kris Jenner and Bruce Jenner have parted ways after 22 years together, but calling it quits isn’t always so easy when there are millions involved. When the couple first met, Bruce was the one with the big bank account from his accomplishments as an Olympic athlete, but in recent years Kris has built a manic empire. Did the couple have a prenup?

According to Radar Online, the reality stars are worth a combined $125 million and they did not have prenup.

When they first got married, Bruce was worth a reported $100 million from his endorsement deals, speaking engagements, and the Bruce Jenner Aviation company. Since then, Kris has been the more career-oriented one, spearheading the family’s reality show, endorsement deals, product lines, and even her own talk show. In 2012 she reportedly signed a $40 million deal with E! to keep Keeping Up With the Kardashians on TV for three more seasons.

Of course, Bruce has not be actively involved in all of the family’s ventures, but he’s a big part of the reality show. Most people probably wouldn’t think twice about splitting up $125 million with a spouse during a divorce, especially if you were working together, but Radar’s source claims Kris plans to fight over the money. “To say Kris is obsessed with money is an understatement,” says their insider. “She is obsessed with their family mansion and their luxury vehicles. Bruce likely won’t fight Kris to keep the house. He’ll probably ask that she just buy him out… which Kris won’t want to do because it means spending her own money.”

Of course, if Kris puts up a fight, Bruce could very well fight back. Divorce attorney Steven J. Eisman told New York Daily News “My understanding is that he’s subjugated himself and his career – his motivational speaking, training and aviation business – to be the stay at home dad for the two children they had together.”