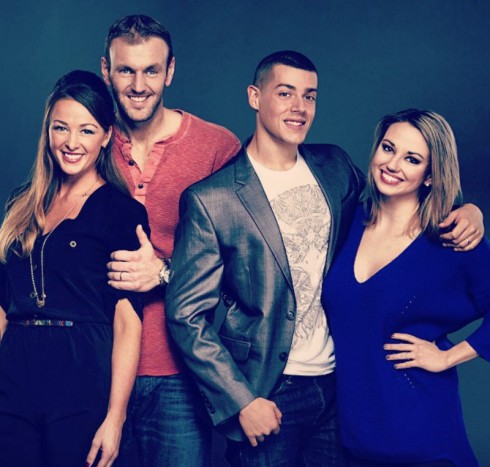 FYI’s Married at First Sight was one of my favorite new shows of 2014. Not only was I on the edge of my seat while waiting to see if the couples would stick it out or call it quits, but the pairs were just plain interesting to watch.

That’s why I was pretty excited back in September when the network announced a spinoff, Married At First Sight: The First Year. Now we know more about the upcoming show…

In “Married at First Sight: The First Year,” viewers will see Jamie and Doug, and Cortney and Jason, continue their journeys from the six month mark of marriage to their March 2015 one year anniversary. From the holidays to birthdays to moving into new homes – viewers will see the two couples mark many “firsts” together, as well as receive advice and guidance from season one’s trusted specialists, including – sexologist, Dr. Logan Levkoff; psychologist, Dr. Joseph Cilona; and sociologist, Dr. Pepper Schwartz. The series will also check in with the couple that chose not to stay together – Monet and Vaughn.

The big news with that announcement is that Monet Bell and Vaughn Copeland will appear in the new show, even though they decided to split at the end of the initial experiment. It will also document Cortney Hendrix and Jason Carrion’s relationship while he was completing fire academy training. (Spoiler: Their marriage survived the intense program!)

Jamie Otis and Doug Hehner also seem to be going strong, despite her trust issues early on in their marriage.

The Hehner's are on our way to eat dinner at the Hehner's!

The first of eight episodes will premiere on FYI on Jan. 13 at 9/8c. New episodes of Married At First Sight will start later in 2015 with three all-new couples.

Does Tom from Married at First Sight have a job? Why don’t they show him working?