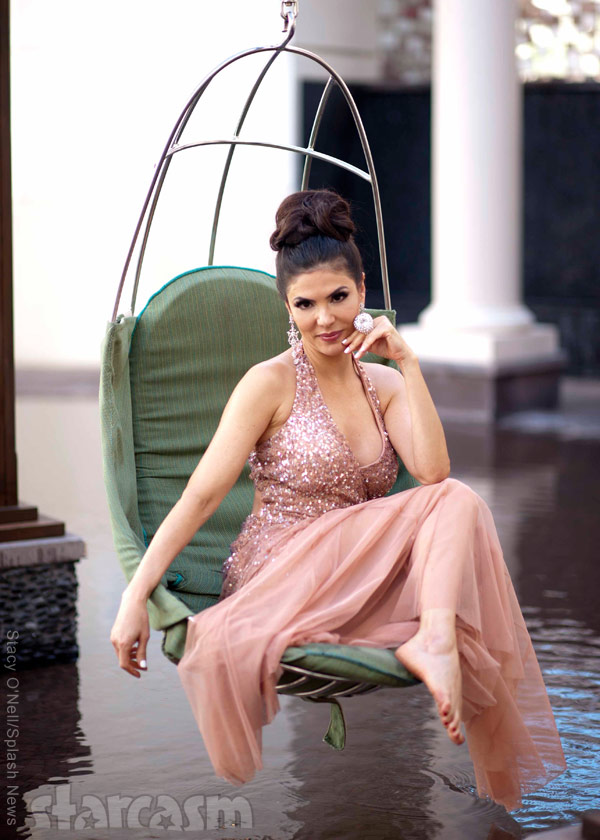 While Andy Cohen continues to dodge questions about whether or not Bravo plans to bring The Real Housewives of Miami back (again), show star Adriana de Moura is moving on with her own show, reportedly for Bravo, titled Divorce Rehab.

Adriana excitedly broke the news on Facebook back in October. “Hey guys!! I’m happy to announce that I will be shooting a new show called Divorce Rehab! Stay tuned for more info!” she wrote.

Later that day she essentially put out a casting call for anyone interested in being on the show, which seems to reveal what the show will be. “Looking for divorced women that would like to be a part of my new TV Show called Divorce Rehab! If you live in South Florida or can travel please send small bio to pat@piresplus.com Don’t miss it! We start shooting in early December! Selected guest will receive a complete lifestyle makeover!” (It should be noted that it appears as though they already have their Season 1 cast, so I would hold off on sending an email until they announce a call for Season 2.)

The “lifestyle makeover” looks to include a bit of help from cosmetic surgeons as Adriana adds, “Special thanks to Patrick Pires, Jabal Uffelmen, Dr. Jabal Uffelman, M.D., M.D.Feinstein Dermatology and Cosmetic Surgery, BRAVO.”

Here is a photo of Adriana de Moura with the show’s cast and crew:

In an interview with Brazilian Acontece magazine, Adriana reveals (via Google translator) that she will host the show and serve as Executive Producer. She says she will use her experience to help select those who appear on the show and guide them through the rebuilding process as they recover from “a life virtually destroyed after a divorce.”

Adriana says that when people go through a hard time, especially a divorce, it feels as though their worlds are falling apart. “You do not know where to run, what to do, and you think life is now over,” she says. “I went through this moment, but I overcame it and got to do a show on television and become a celebrity.”

Adriana is asked “What message would you give women who find themselves in a difficult situation?” and she responds by saying, “When you are in a difficult situation, you can not see beyond that situation. That’s when it is important to keep the hope, the faith, and always believe in you because this moment will pass! Take one day at a time. Keep a group of friends, take care of your health, and work.”

Here’s the full article in Portuguese:

Meanwhile, Andy Cohen continued to tease the possibility of The Real Housewives of Miami coming back while at a book signing in Miami last month. When asked by an audience member if Bravo planned on rebooting the show Andy coyly responded, “Never say never,” before adding, “And I never do!”

PHOTOS Marysol Patton of The Real Housewives of Miami