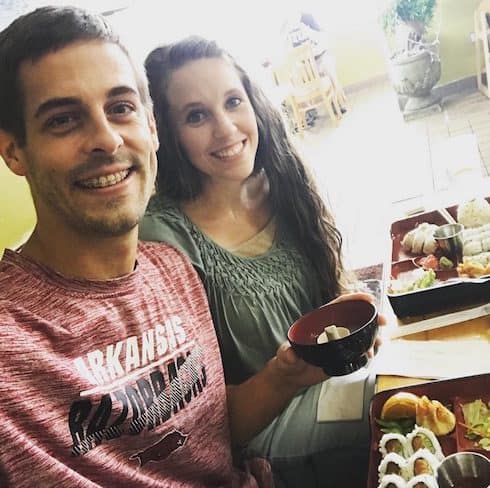 They’re back! The Derick Dillard cheating rumors have resurfaced almost exactly one year after this particular bit of gossip first emerged. Thanks to a string of strange behavior and cryptic social media posts from Derick and his wife Jill Duggar, fans and followers alike are obsessed with what looks like — hard though it may be to believe — the possibility of Derick finding himself a side piece.

Derick kept himself in headlines this summer with a string of homophobic tweets attacking the stars of TLC hit Nate and Jeremiah by Design, and then for another string of tweets and comments again attacking favorite target Jazz Jennings.

Then, in a genuine surprise, Derick announced he’d been accepted to the University of Arkansas’ law school and was about to begin studies there. But, as In Touch has noted, Jill appears to be “worried” about Derrick straying from her.

“With him leaving the house to be out around new people (and new women),” their article noted, “we can understand how the mom of two might be stressing.” As proof, you might consider this Instagram post Jill made recently:

Praying for my hubby and boys this morning! #proverbs #wisdom ?

Yes, that is the “Warning Against Adultery” section of 5 Proverbs to which Jill’s Bible is open. And I know what you’re thinking: “Jill posted that shot on the fifth day of the month, and some people read a book of Proverbs per day, so the fact that it’s this particular book is easily dismissed.” And that may well be true — but highlighting the entire section of this particular proverb is presumably not standard practice for devout readers.

Since then, Jill also appears to be “not letting [Derick] out of her sight by attending” classes with him, as the noted Duggar critics at Pickles4Truth recently put it:

Glad my favorite study buddy @jillmdillard was able to come to class yesterday! You’ve gotta find alone time (no kids) whenever you can! Thanks @jessaseewald for babysitting!

Of course, two social media posts are insufficient evidence to accept gossip about Derick cheating as fact. But we’ve actually been down this road before. In September and October of 2017, Derick opened himself up to similar allegations. First he shared a video of himself partying with international students from his church’s college ministry — and dancing with some of the women among them — while Jill was nowhere to be seen. 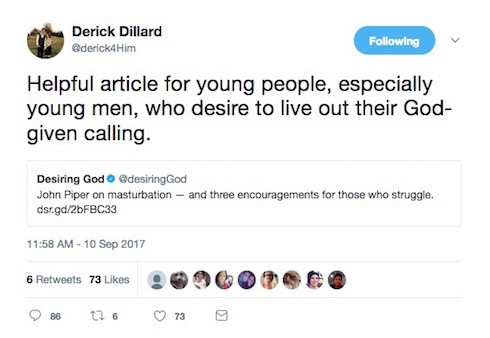 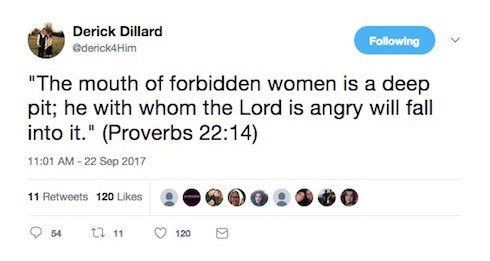 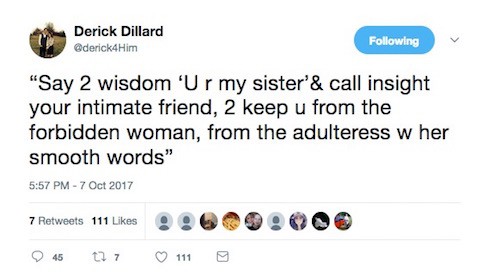 Again, it’s hardly possible to point to all of this and shout “Eureka!” Unless, of course, you want to do what no one else is doing and go hard in the other direction. Maybe Jill Duggar, tired of her husband’s braces and eager for the opportunity that having Derick out of the house represents, is herself feeling the pangs of temptation. Maybe she has the Bible open to 5 Proverbs so she can calm herself down; maybe she’d just finished marking up the pages in a frenzy of highlighting and shared the photo on Instagram to congratulate herself for a job *not* done. And maybe she tagged along for a law school field trip to throw Derick off the scent. None of that sounds as implausible as the idea of Derick Dillard snagging a mistress, so believe what you want.

Octomom Nadya Suleman hates her children, is disgusted and suicidal