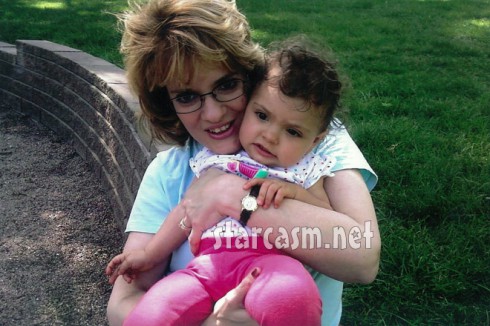 Teen Mom fans probably remember the dramatic episodes in which Farrah Abraham had to go to court to prevent Stormie Clark, mother of Sophia’s deceased father Derek Underwood, from gaining visitation rights to see her granddaughter. On the show, we were only given Farrah’s side of the story, and that side of the story portrayed Stormie as obsessed and threatening. But despite Stormie having some harsh things to say about Farrah (which, knowing what we know now, don’t seem quite so exaggerated any more), she has always seemed very sincere about her motives to see Sophia: that her granddaughter is the only thing left of her only son, and Stormie wants to be able to get to know her.

We previously posted a moving Christmas video tribute to Derek Underwood created by Stormie Clark in December of 2011, just a few days shy of the 3-year anniversary of the car accident that took Derek’s life on December 28, 2008. Now, Stormie has written a lengthy letter to her granddaughter Sophia included in the new book Teen Mom Confidential: Secrets & Scandals From MTV’s Most Controversial Shows.

In the letter, Stormie shares Derek’s life story, starting when he was a young boy living on a farm outside of St. Joseph, Missouri. She talks at length about the time in which Derek and Farrah were dating, including the time when Derek first brought her home to meet his mom. “In high school, lots of girls wanted to date [Derek],” Stormie tells Sophia. “He had a few relationships, but your mom was the only girl that he had ever brought home for me to meet. She seemed sweet and was very pretty. They were a cute couple and looked very happy together.” 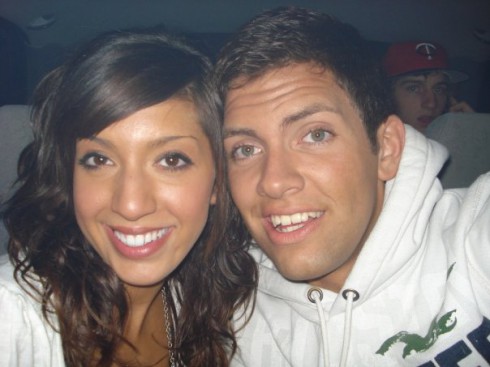 But things soon began to go bad, and the rest of what Stormie had to say about Farrah wasn’t quite so pleasant. “A friend of Derek’s had told me,” Stormie writes, “that whenever Farrah would call Derek and Derek was in his car with his friends, that he would have to stop the car, turn the radio off, shut the air conditioner off, roll all of the windows up, tell his friends to stop talking, so that Farrah could hear him without any distractions. His friend told me that happened a lot.”

Stormie also talks about the MTV film crews following Farrah around at school and the rumors that she was pregnant. “I was told after his death that Derek had tried many times to call Farrah and ask her if the baby was his,” Stormie says. “And each time, she said no. One of their conversations was aired on 16 and Pregnant.”

The letter also includes a description of the night of the car crash and the unimaginable moment when police officers knocked on her door in the middle of the night to tell her that her son had died.

I walked into the living room and one of the officers asked me if I was Derek Underwood’s mother. I answered “Yes.” He then asked me to sit down. My heart was pounding with fear. He said that there was an accident. Your son was involved in a motor vehicle accident with two of his friends. As I stood up to get my coat to go to the hospital, he said, “Your son didn’t make it.”

She reveals that it wasn’t until after she watched Farrah’s episode of 16 and Pregnant that she realized Sophia may be Derek’s daughter. She repeatedly attempted to contact Farrah to verify it, and even asked for a paternity test on several occasions, but got no response.

Imagine Stormie’s surprise when out of the blue Farrah contacted Derek’s sister Kassy asking her to take a paternity test! Fans of the show will remember these scenes as Kassy and her daughter Ali (who was born on the same day as Derek’s funeral) visited with Farrah and Sophia, and it was determined that Derek is indeed Sophia’s father. But, according to Stormie, once the cameras stopped rolling Kassy never heard another word from Farrah.

In case you’re wondering where the photo at the top of this post came from, it is from the only time Stormie Clark has ever been able to spend any substantial time with Sophia — which was the result of coincidence.

When spring arrived, your Aunt Kassy, Alissa, baby Ali and I had all went to a park one day here in Council Bluffs. As we were getting out of our car, I saw you for the first time in real life. We were all so very excited to see you. You were with your babysitter. We explained our story to her, and then asked her if we could play with you and hold you. She hesitantly agreed. It was the most amazing experience holding you for the first time ever.

I took a short little walk with you. Just you and me. I carried you the whole time. I told you that I was your grandmother. I told you all about your daddy, and mostly I told you how much I loved you and wished that we could be together. After lots of hugs and kisses, we were able to get a couple of pictures, and then it was time for us to leave.

Sophia, walking away from you that day was the hardest thing that I have ever had to do. But I was very thankful that I got to at least have that moment with you that I can cherish for the rest of my life.

To read more from Stormie’s very long letter, including details on an encounter with Debra Danielsen at her house and a heart-wrenching final paragraph, be sure to pick up your copy of Teen Mom Confidential via amazon, or hop over to TeenMomConfidential.com to get one!