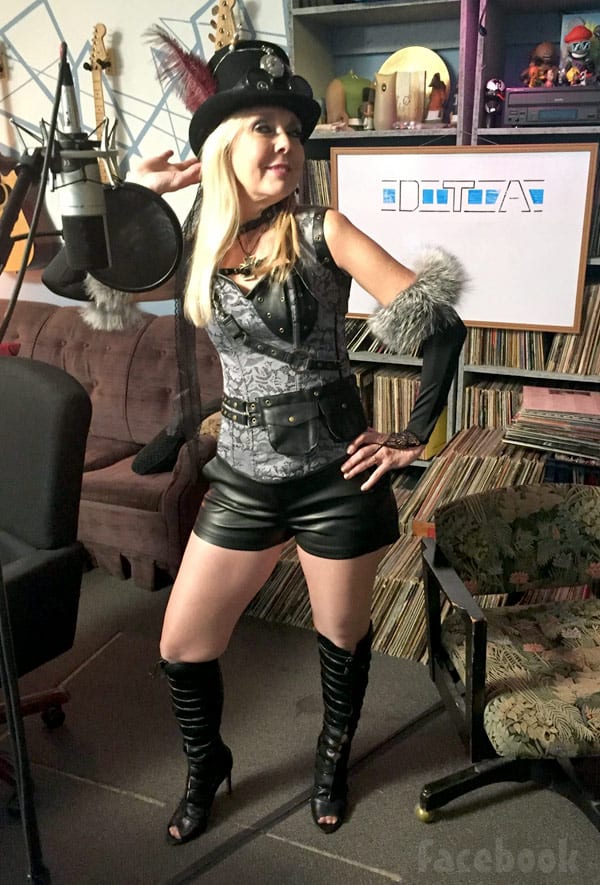 It looks like 2017 may be the year that Teen Mom OG star Farrah Abraham’s mother Debra Danielsen steps out of her daughter’s immense shadow and into her own spotlight. In addition to getting her own “Being Debra” MTV special, Debra has also recorded a rap song titled “Debz OG” — and we have it right here for your listening enjoyment!

We will get to Debbi Minaj in a minute, but first we want to reveal that the “Being Debra” MTV special will air on April 3. Debra made the announcement on social media this week, and she added that there will be a cast premiere party that night in Omaha, Nebraska.

At the same time that she revealed the “Being Debra” special will premiere April 3, Debra Danielsenilla Ice also announced that her rap song “Debz OG” would be available to download on iTunes on the same day. But, fans eagerly awaiting the debut of Notorious D.E.B. don’t have to wait because we have the song RIGHT NOW courtesy of director Chris Windfield!

It’s unclear if the video above is the actual finished music video, but given that Debreezy shared the feathers ‘n’ leathers photo at the top of this post with her announcement, I assume that we will see another “official” music video featuring Debby Azalea in full DebZ dudz.

Also, it’s clear from the song that P Debby got some musical assistance. There are no credits for the music video, but back in early December, Debye West mentioned that the song was a collaboration with 5th Child, DJ Venom, & Clouds & Crayons. And in case you were curious, this bit of musical history was apparently created in one of our country’s most significant states as far as contemporary musical history goes: Mississippi! From what I can tell, Snoop Deb spit her rhymes at DTA Studios in Jackson, Mississippi.

Speaking of Deb-ye West’s rhymes, we’ve got all of those for you here in the form of full “Debz OG” lyrics!

Congratulations to Debra Flav! And we certainly look forward to seeing “Being Debra” in April. 🙂