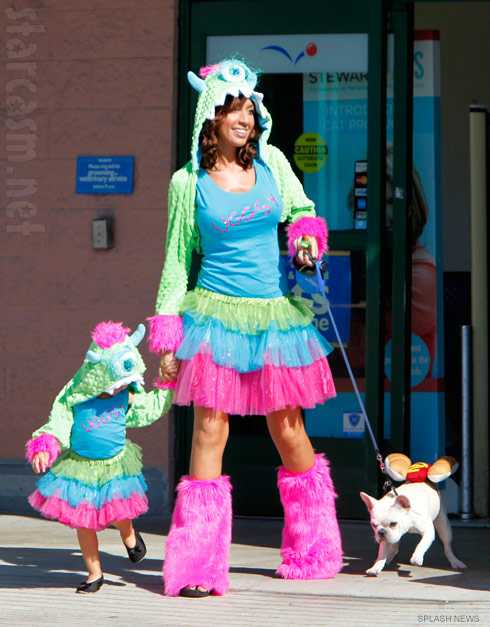 I think we’re beginning to see what happens when one of MTV’s teen moms relocates to a big city with a large celebrity population! In other words, lots of Teen Momarazzi photos! Yesterday we shared some pictures of Farrah Abraham and daughter Sophia having a good time on the sidelines of the Miami Dolphins game and now we have the two stepping out for a costume party and visiting the pumpkin patch!

Above Farrah and Sophia and Farrah show off their Uggsy costumes and their new pooch Stitch is dressed up as a little hot dog. The Uggsy costumes are matching colorful mother and daughter monster looks available from chasing-fireflies.com Here is the description of them from the site:

So who says all monsters are boys? Girls can get into the act with this wild and silly costume. It comes with a top, fluffy tiered tutu, and plush shrug with monster hood. Neon tights and furry bootcovers look grrreat with the costume. Show us your monster moves, girls! 3-piece set; accessories sold separately. Polyester, nylon-polyester, cotton-spandex.

My guess is that Farrah decided to go with the monster costumes after little Sophia blew away viewers with her amazing monster face during the Teen Mom Reunion Special with Dr. Drew! In case you missed it…

WARNING – Sophia’ don’t play! This is one SERIOUS monster face! 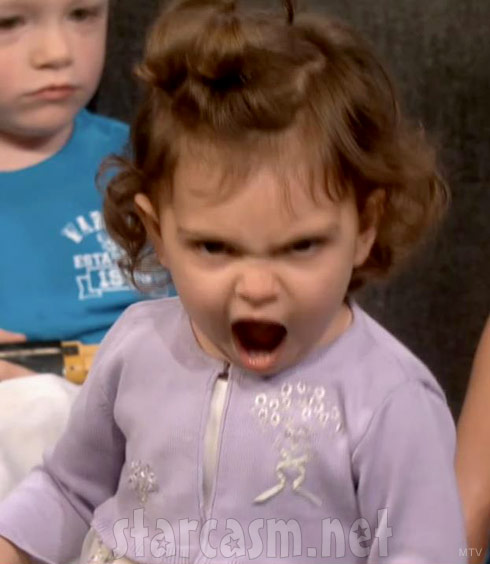 In addition to the costume party and the football game, Farrah also took Sophia to the pumpkin patch where the two of them took off their outer Uggsy and enjoyed pumpkin pickin’ and feeding a horse! 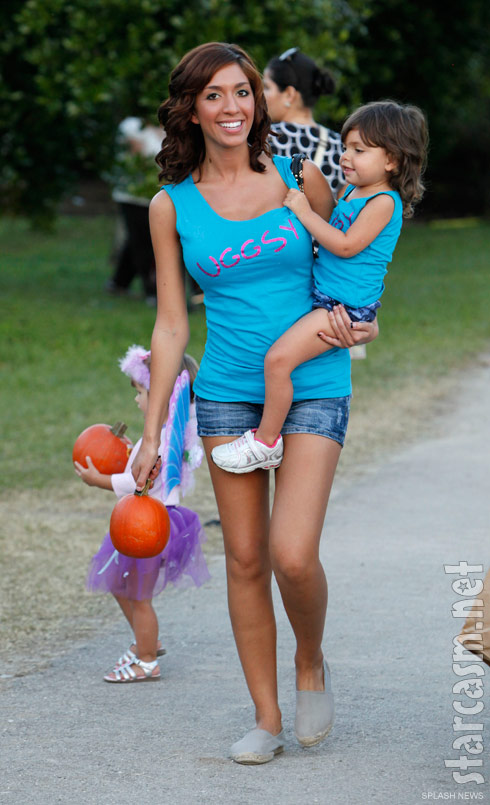 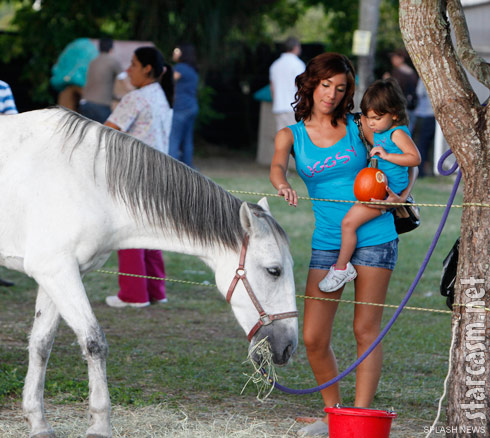 I didn’t see the MTV crews in the photos so I’m not sure if Farrah and Sophia’s fun-filled day will be included in the next season of Teen Mom or not. Either way I expect to see one of Farrah’s cooking tutorial videos showing us how to make a great pumpkin pie!

Want to keep up with all things Farrah? In addition to checking starcasm daily and liking our Facebook page, you should also check out the Facebook page “Farrah Lynn and Sophia Laurent Abraham” – they do a great job of scouring the web and sharing interesting Farrah tidbits in addition to photo contests and all sorts of other stuff. Oh, and be sure to follow Farrah Abraham ( @F1abraham ) on Twitter!