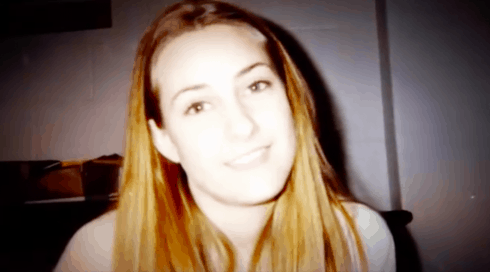 Tonight’s episode of Dateline explores the 2007 death of EB Games store manager Amber Belkin. She was found in the back of the store by another manager who’d been called in to check on her and the store when she didn’t open the game shop on time. He found her suffocated with a bag. It took investigators over a year to arrest the suspect in Amber’s murder.

The morning of Amber’s murder Geovany Rivera tried to get a friend to help him rob Amber’s store, but there was little evidence to truly pin Geovany to the murder. Eventually, detectives where able to compare Geovany’s DNA to a single hair found near Amber’s body.

Once he was captured, Geovany’s lawyer argued that his client never intended to kill the morning of Amber’s death – he only wanted to rob enough money to pay for rent and food for his family. The problem was that Amber recognized him.


When Amber’s murder Geovany Rivera was sentenced to life in prison in 2010 Amber’s father told him: “Amber was our soul. You didn’t kill one person. You killed three.”

Amber’s friend Leticia Rodriguez told him she was glad he wasn’t getting the death penalty. “I’m glad that you’re serving every single day,” she said.

No witnesses. No surveillance video. No DNA. What had happened to Amber? Watch an all-new #Dateline tonight at 10/9c on NBC. pic.twitter.com/2tHNIzSNQx

MUG SHOTS How many times has Tommie from LHHATL been arrested?