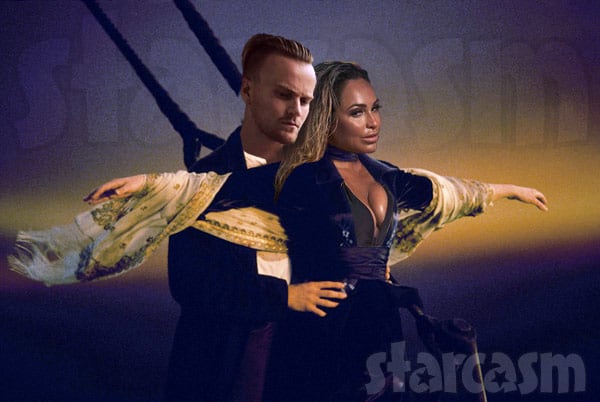 As we reported back in July, it appeared that the fairy tale romance between Before the 90 Days‘ Darcey Silva and her hunky Dutch Boy beau Jesse Meester was over as Darcey angrily declared on Facebook: “So over it!!!! Now he can f**k all the other b**ches!!!” But it appears as though the happy ending may be back on track as both Darcey and Jesse took to soshull meedya (love ya Mo!) this week to share mushy gushy posts about their undying love for one another!

Darcey posted this rather low quality photo of her and Jesse on Instagram over the weekend and added a lengthy caption in which she channels Tammy Wynette in her proclamation “I will always love and stand by my Man:” 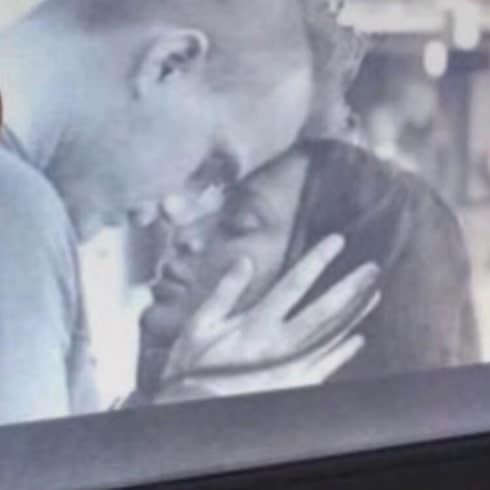 To everyone in the world who has a compassionate heart and gentle ear to listen to my heartfelt message. I am sorry if you don’t feel me…I am only here for love. I truly want you to know from the bottom of my heart and soul that I will always love and stand by my Man. He is a strong, loving, trustworthy, compassionate and respectable man! I will always love him, trust and believe in him with all my love deep in my soul! We all need to trust in our hearts to give, feel and receive love. I trust in him and will always believe in our love, soul connection and bond. I thank you and I am grateful for you all for having a open heart to listen with love, understanding and compassion in your hearts! It’s all in the power of love…I love you all. ❤️

Jesse also professed his affection on Instagram, albeit in the comments section in reaction to someone that apparently had some negative things to say about Darcey. (The comments have since been deleted, so I couldn’t track down the original that Jesse is responding to here.)

You make me laugh. You like to think that, don’t you? She never said such a thing. 3 months ago she wrote: “i’m over it. He can f*ck all the other b*tches now as seen on gossip articles. Out of frustration and vulnerability she wrote that. Is that ok? No. It that nice/smart? Absolutely not. And she knows my opinion very well about this. But we never broke up. So watch the show to see how it will go between us. There’s more to come. Darcey had that public “writing tendency” 3 months ago. I distant myself from that behavior and find it immature, and she knows that. It only causes confusion. And sometimes, that confusion is really fun, because people love to elaborate on that and create even more stories. So more laughs for me. I did a youtube video on this subject. She apologized for that comment right after. And after that post she decided to step away from social media which I respect her for. I support her, but I am not in control of what she does or writes. Nothing but love. All the best to you, Jesse

So there you have it! Darcey’s angry outbursts were just a “public ‘writing tendency'” and the two “never broke up.” Do I believe it? Nah. I think they are just covering their tracks for show producers. I’m guessing Darcey got into a bit of hot water with her previous comments and the two are trying to dispel the spoiler for viewers. Of course, it is possible that Darcey and Jesse (who both seem to be quite savvy as far as business and marketing go) have realized that if they are broken up, there will more than likely be no more TLC air time for them should there be a follow-up series. The two could easily go one more round in the traditional 90 Day Fiance format in which Jesse comes to the United States on a K-1 visa. I could see it playing out right up until the wedding day when one or the other calls it all off — all pre-planned of course. That is just a theory though!

Anyways, let’s get back to Jesse’s post. I’ve expressed my admiration for Jesse before, and I dubbed his brand of psychology meets physiology meets philosophy wrapped in positivity as “Meesticism.” I am honored to say that Jesse liked the term so much he created a new Facebook page under that name! I couldn’t be more honored.

And speaking of Meesticism, here is one of his most recent examples that accompanied a boy band worthy picture of Jesse from a recent photo shoot. Of course, I couldn’t help but give it the animated gif treatment:

Ah, but Jesse isn’t the only hot blonde in this relationship! WHUH?! That’s right, it appears as though Darcey has left the dark side in favor of some lighter locks. Oh, and Darcey is giving Jesse a run for his money in the ocular verbiage department as well: 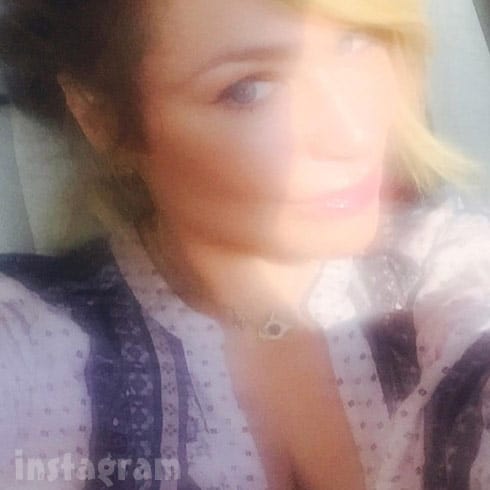 Hmmmm… I don’t want to show any sort of favoritism, so I need to come up with a term for Darcey’s brand of insight too. I thought of three off the top of my head:

Here is another blonde Darcey photo that recently surfaced on a Before the 90 Days fan page. I cannot ascertain the provenance, though I assume it is recent. (Darcey is constantly deleting and undeleting her Facebook page, and it is currently in “deleted” mode.) 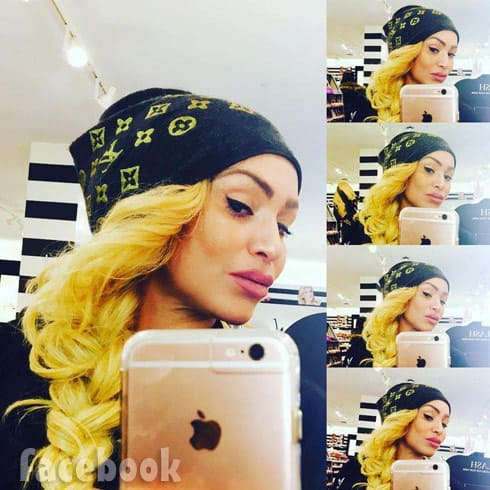 After a one week hiatus, Darcey and Jesse will be back this week for the new episode of Before the 90 Days, which airs an hour earlier on Sunday at 8/7c on TLC.

Speaking of Darcey and Jesse’s hiatus, what do you think about the show’s format of leaving off two couples every week? Personally, I wouldn’t mind except that there are a couple of story lines I’m just not interested in. I think maybe they could have just pared down the show to four couples — I won’t say which, although Jesse and Darcey would DEFINITELY make the cut!

90 DAY FIANCE Is Elizabeth pregnant? BIL says she and Andrei ‘got a baby coming’ on his radio show