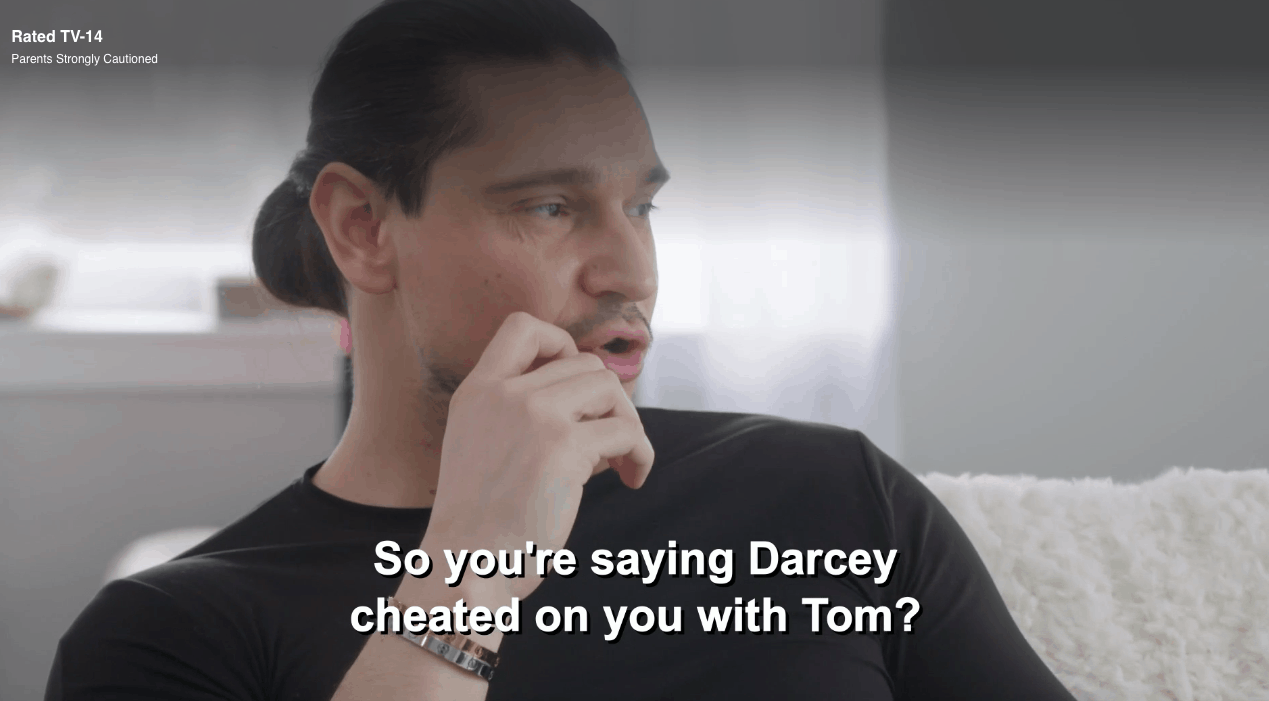 In Episode 8, Season 2 of Darcey & Stacey Georgi calls up Darcey’s ex Jesse Meester to chat about her while Darcey and Stacey are getting Twinsformation veneers and plastic surgeries in Turkey. When the left, Georgi treated Darcey coldly and told her they were “just friends,” yet he continued to live in their shared apartment while she was gone.

Before the video chat with Jesse, Georgi explains that he’s annoyed with some of Darcey’s behavior, like checking up on his past and meeting with his ex-wife Octavia behind his back. After Darcey’s initial meeting with Octavia, Darcey has continued to text with her about Georgi, and Octavia had advised Darcey to leave him.

Georgi feels like he’s betrayed by her, and can’t trust her. He feels like the only way to understand her is to do the same this she did: contact her ex.

Jesse tells Georgie that Darcey made him give her his phone to check up on what he was up to. This makes Georgi realizes that Darcey’s trust issues aren’t personal to Georgi, but are “deep-seated” for her.

Next, Jesse drops the bombshell that she cheated on both Jesse Meester and Tom Brooks by dating them at the same time. Jesse and Tom had previously been at odds, but they became friends in 2019 after they compared notes and determined that Darcey was dating them both at the same time.

“Tom did reach out to me and I accepted his apology,” Jesse said in a November 2019 Instagram story. “We had a good yet shocking conversation and found out we were both manipulated and played at the same time.”

Now, Jesse is telling the same story: he thinks Darcey cheated on them. “She portrayed to us that we were the only ones,” he says. He felt like they were being manipulated, cheated and “played.”

Georgi, however, doesn’t buy this. He argues that maybe Darcey thought that they were broken up when she messaged the others.

“I am far away from believing that this is true,” Georgi says. “Darcey can be very difficult in moments. But definitely she’s not a cheater.”

“And I know how bad their relationship was in the end,” Georgi continues in his defense of Darcey. “Jesse treated her like an a******.” Georgi thinks Jesse is “confused” and “full of bulls***” and doesn’t think they were really in a relationship when Darcey started talking to Tom. (It should be noted that Tom was seeing another woman when he was dating Darcey.)

Georgi thinks the issue is different with him then with the other two. For him, he thinks Darcey’s trust issues are the biggest problem. Jesse pushes him to leave Georgi, but Georgi seems to want to stay with Darcey. He thinks Jesse just wanted to hurt Darcey instead of help Georgi.

Georgi leaves frustrated with the interaction, and thinks it proves his theory that its never a good idea to contact exes because they “always lie and they’re always bulls*******.”