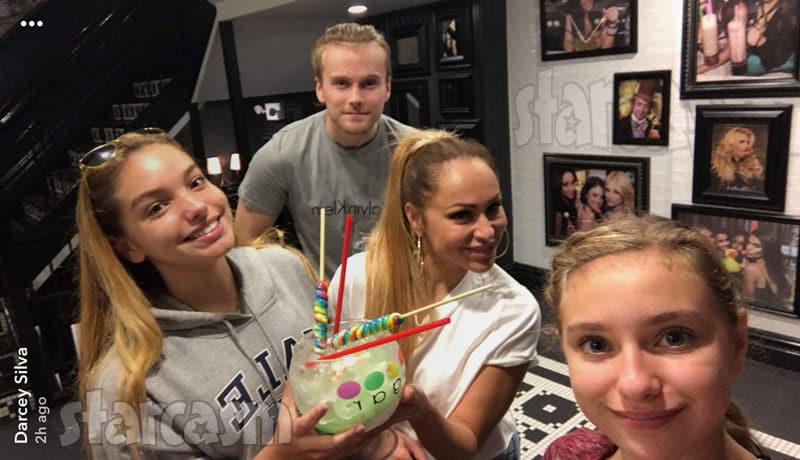 On this season of Before the 90 Days, it appears as though Darcey Silva and her hunky Dutch boy Jesse Meester are struggling to find the chemistry they shared prior to meeting in person. That, combined with Darcey’s angry outburst on social media earlier this year, had most everyone assuming #Darsse was not gonna last. However, both Jesse and Darcey have recently been posting on social media about still being together, and this weekend Jesse flew to New York City and was photographed with Darcey and her daughters!

The photo of the happy family was posted by Darcey on her Snapchat earlier today and shows all four enjoying a visit to the Sugar Factory. Prior to that photo, Darcey shared another with just her daughters (before Jesse’s arrival I assume) celebrating her 43rd birthday: 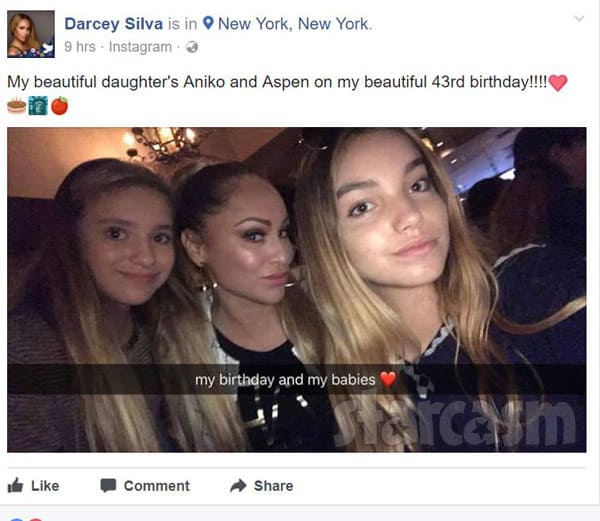 Meanwhile, Jesse documented his trip to the US on social media, and he continued to hint that he and Darcey are still together: 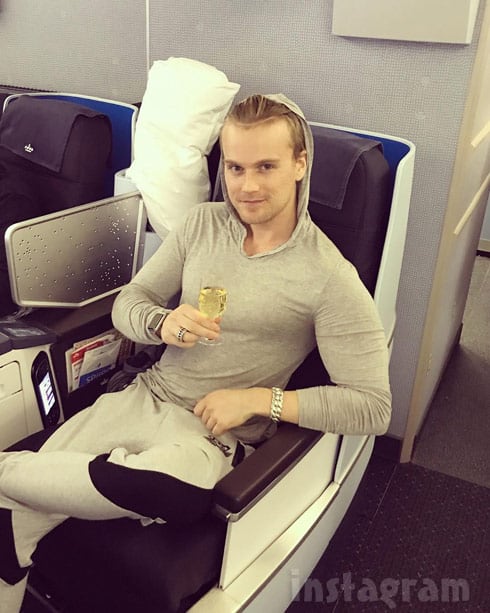 Although it isn’t relevant to his relationship status with Darcey, I wanted to share the video Jesse posted of the first thing he did after he landed in the United States:

I love Jesse Meester so much.

So are Jesse and Darcey really back together? (Actually, Jesse claims they never even broke up in the first place.) Although I don’t have any more evidence that other #Darsse social media stalkers, I’m still going to call BS. My guess is that TLC is looking to do some sort of reunion special — which is extra difficult given the format of Before the 90 Days in which the folks from other countries would have difficulty getting to the US. Perhaps they could arrange for the US cast members to get together (with Jesse and whoever else they could get permission to bring over) and set up Skype calls? The viewership on this show is just too huge for TLC not to try to do SOMETHING in the way of a reunion!

I want to point out that although I am as big a fan of Jesse and Darcey as anyone, I really don’t want to see them return for a new season (of 90 Day Fiance or whatever) if they are just faking their romance. Please TLC, don’t make me not like #Darsse! If the love has died, let it. (Unless one of them is obsessed and assembling a notebook full of soshull meedya evidence!)

Forget the drunk drama or whatever, can you BELIEVE Jesse’s apartment?! He’s got the mood lights set to red, he’s got a fireplace screensaver on his flatscreen TV, there is hot water over an open flame for tea, another open flame for a reason I cannot discern, and two bottles of Champagne on ice. And I didn’t even mention Jesse’s Hugh Hefner smoking robe and Calvin Klein undies! How is it Darcey’s clothes aren’t just melting off?!

Annnnnnyways…. Here is a screen cap recap of the clip that I’m sure will be all over social media tonight and tomorrow 🙂

The new episode of Before the 90 Days airs tonight at 8/7c on TLC!

PHOTOS Is Kristen Doute ready to settle down with her new boyfriend?