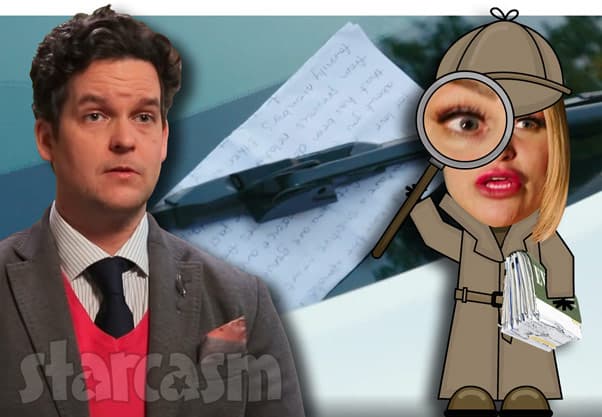 On this week’s episode of 90 Day Fiance: Before the 90 Days, Tom Brooks seemed to realize that he can’t open his mouth to Darcey without saying horribly douchey things. So, he decided to drive out to Casa de Silva in Connecticut and deliver a hand-written letter to Darcey to express his feelings and to apologize for being himself the day before.

As viewers are well aware, Darcey spurned Tom’s written advances, and he was forced to leave the letter under the windshield wiper of a car parked in the driveway. Darcey later had her twin sister Stacey retrieve the relationship parking ticket as she remained on the front porch and loudly instructed Stacey to “Rip it up!”

Stacey obliged, and then tossed the letter in a large green trash bin just in front of the garage door on the driveway.

There is no way in the world that Darcey didn’t later retrieve the letter, tape it back together, and read it — but that still leaves its contents a complete mystery to the rest of us.

Well, not a complete mystery. Thanks to HD video cameras, it’s possible to actually make out some of what Tom wrote just after he placed the letter under the windshield wiper! Here is a zoomed-in and rotated screen cap of the letter followed by what I was able to transcribe: 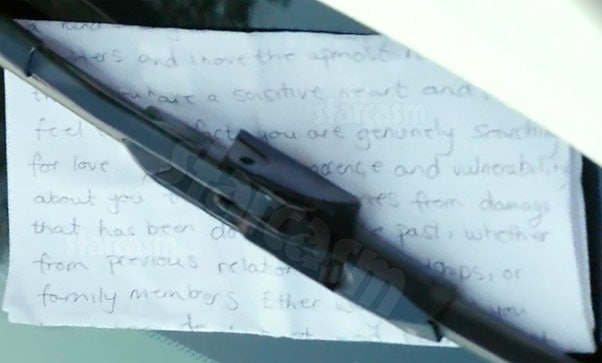 …[matters?] and I have the upmost…a sensitive heart and…feel…fact you are genuinely searching for love…innocence and vulnerability about you…[memories?] from damage that has been done…past, whether from previous relationships…relationships…or family members. Either way…you…

While tracking down a legible screen cap of the letter, I noticed something a bit off about the letter ripping scene. It looks as though producers may have filmed Stacey throwing the letter in the trash bin at a different time, because the bin doesn’t appear to be there when Stacey walks out to retrieve the letter.

Here are a couple screen caps in which you can see that the trash bin should be viewable from the front porch, yet it isn’t there in the video shot from that vantage point: 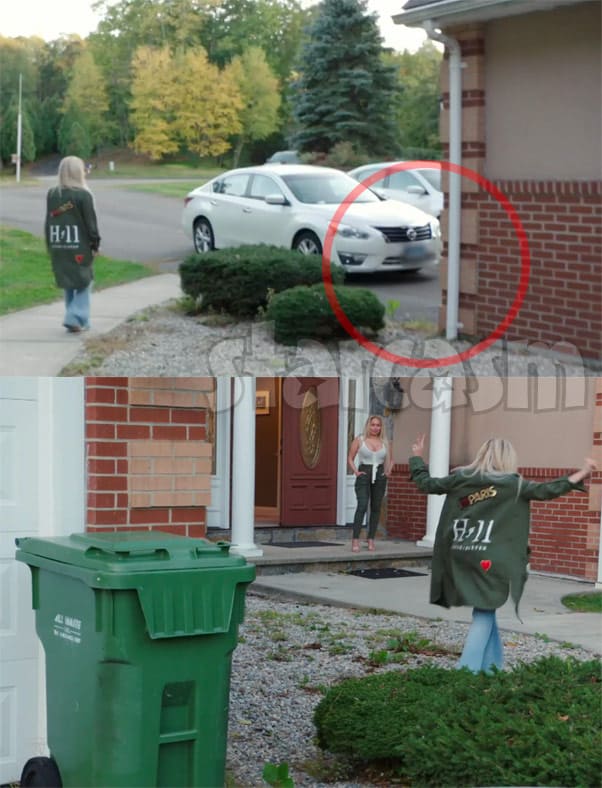 The trash doesn’t appear to be there when Tom places the letter on the windshield either: 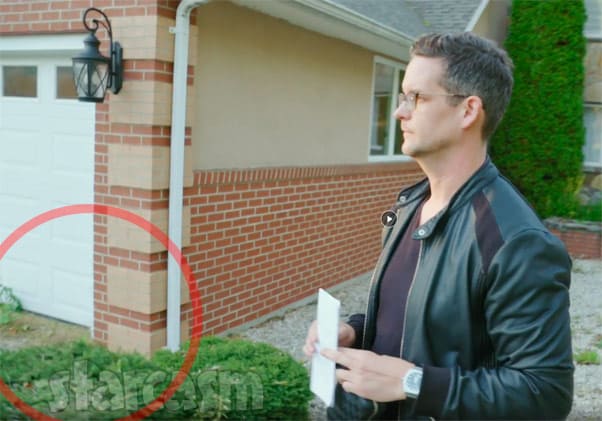 There was also a wide shot of the front of the house with no trash bin and the cars parked differently, but I think that was recorded previously and has been used multiple times for scenes at the Silva sisters’ house.

Another thing I noticed while watching the Tom, Darcey and Stacey scenes closely is that there were a few times that TLC had to blur out Darcey’s nipples when they spilled out of her revealing top. I somehow missed that the first time. (I can’t include those caps here due to our advertisers.)

For the sake of posterity, I thought I would transcribe Tom’s words as he drove back to New York City from Connecticut in the wake of Darcey’s letter snub. In essence, it is Tom’s actual parting letter to Darcey and to viewers:

“My first time in Connecticut, and it’s most certainly my last. Having the door slammed in my face was a perfect, fitting ending to what we were. The first two or three seconds it was nice to see her, and then she remembered how much she hated me.

“I understand she’s angry and she’s hurt, but it doesn’t have to be like that. I’ve come here, tried to be respectful, tried to apologize for being slightly rude the other day. The least she could have done is accepted that.”

“I wanted to see her. I wanted to see what it was like. Now I’m headed back to New York knowing now 100% that whatever Darcey and I once had is no more.

“I actually found some happiness with Shannon. God knows, after putting up with Darcey, I deserve it. I’ve had a bit of a bad time with Darcey, let’s face it. But, this leaves me in a very good position now.

“Finding closure with Darcey has made me realize how special Shannon is, and I can’t think of anything more I want than just to be with her right now, in fact.

“I think Darcey is going to wake up one day and realize all the hurt and upset she caused. And when she wakes up as a 55-year-old woman alone, she’s only got herself to blame.”

And here’s a musical version of Tom’s message courtesy of Hank Thompson. Just think of honky tonks being TLC and the “wild side of life” as being more seasons of reality TV. Or you can take it literally…