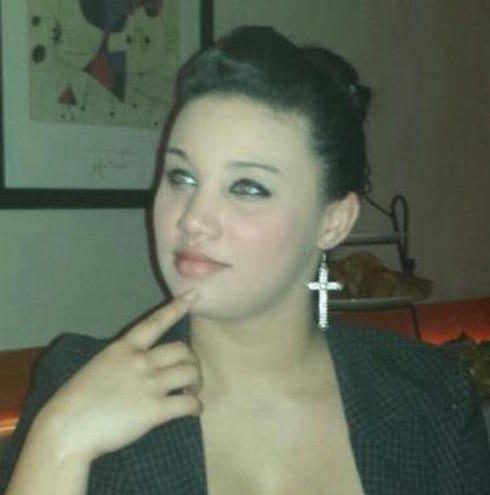 The Danielle Locklear murder was widely believed to be a “crime of passion” when her killers were found guilty at trial. But the heat-of-the-moment strangling that left a fifteen-year-old girl dead also left her family searching for answers in spite of their legal victory. Now, four years after her murder, a new Dateline episode attempts to make sense of Danielle’s senseless, shocking end.

The basic facts in the case are these. On March 11, 2014, three months shy of her sixteenth birthday, Danielle Locklear left her grandparents’ home in the Fayetteville NC suburb of Hope Mills. She met up with her boyfriend, seventeen-year-old Je’Michael Devanair Malloy. But she never returned home.

Weeks went by. “Wanted” and “Missing” signs went up all over town. Danielle’s family grew more and more concerned. And then, on April 2nd, three full weeks later, a sheriff’s deputy scouting a spot for some fishing found Danielle’s body half-submerged in the South River, miles south of where she’d last been seen.

From there, authorities retraced Danielle’s last steps. And within a week, they’d gotten a confession in the Danielle Locklear murder case. The path led back to Danielle’s boyfriend Je’Michael, and to Je’Michael’s best friend, Dominic Lock.

As the Danielle Locklear funeral pays beautiful tribute, the truth of her murder comes out

After three weeks of lies — Raleigh station WRAL reported that Je’Michael spent time with Danielle’s family between when she went missing and the discovery of her body, asking “Is everything OK? Do you all feel OK?” — and “even ‘liked’ the [Facebook] page ‘Find Danielle Locklear “Dannie”‘” — the truth finally emerged.

Danielle and Je’Michael had gotten into an argument on the night of March 11th. The argument became violent. In what reports would shortly refer to as a “crime of passion,” Je’Michael began strangling Danielle. He forced a sock into her mouth, and she choked to death. Then, after confessing to his best friend Dominic Lock — who’d been standing “about 70 yards away” down a foot path while Je’Michael murdered Danielle — the two young men weighted Danielle’s body with cinder blocks and dumped her in the river. 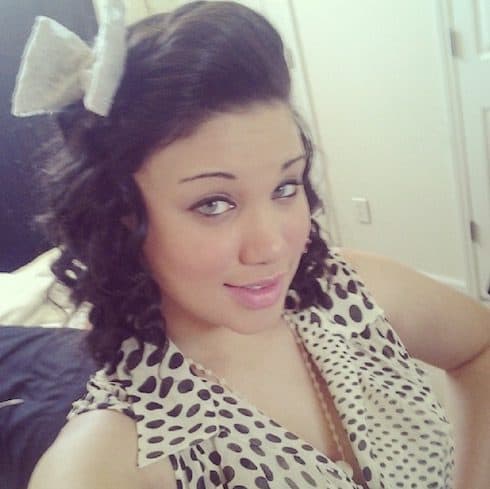 Danielle Locklear in the spring of 2014. Photo via Facebook.

Within a week of the discovery of the body, Je’Michael had confessed. His arrest brought a small measure of relief to Danielle’s family — but their bitterness and incredulity remained clear.

“It’s been a month-long nightmare and I feel like they’ve been around us,” Danielle’s aunt, Chena Simmons, told Raleigh-area station ABC 11. “[Je’Michael and Dominic] have been in our home. He’s walked with us on searches. We’re disgusted. And to find out that the perpetrator, or the person who took her life allegedly is her own boyfriend, is a lot to take. It’s a lot. We can’t deal with it.”

Three weeks later came the Danielle Locklear funeral. According to ABC 11‘s coverage, it was a cathartic, if somber, gathering. There was “a video and picture montage spanning 15 years highlighted Danielle Locklear’s life on two huge monitors.” There was a soundtrack by Michael Jackson, who Danielle “adored.” There was a “white casket, adorned with colorful flowers,” borne from the church by six pallbearers.

And most of all for the 350 attendees, there were plenty of shared memories of the girl described by her pastor, Dr. Linda Baldwin, as “simply an angel.”

The Danielle Locklear autopsy confirmed what Je’Michael had told authorities: the girl “died of asphyxiation either by strangling or from a sock shoved into her mouth.”

Sampson County Medical Examiner Dr. Falvy Barr Jr., who conducted Danielle’s autopsy, told the Fayetteville Observer he couldn’t say for sure whether the strangling or the sock had killed Danielle, though the difference was unimportant.

“In all likelihood, the decedent would have been unresponsive by the point at which the sock was stuffed in her mouth,” Dr. Barr wrote in his official report. “For this to occur, it is most likely that she was already asphyxiated by some mechanism such as strangulation.”

Before Je’Michael and Dominic’s trial began, public outrage led Cumberland County District Attorney Billy West to seek first-degree murder charges against both young men. (Because Je’Michael was 17 when he killed Danielle, he would have been ineligible for the death penalty, and instead faced life in prison.) However, by the time the trial was set to begin months later, West’s office offered a plea deal: a second-degree murder charge for Je’Michael, with a minimum sentence of 25 years imprisonment.

And during the trial itself, the defense sought to portray the two young men as mere boys, caught up in their emotions and clearly not thinking or acting as themselves. Je’Michael’s attorney reminded the jury that his client was a “well-mannered teen who enjoyed fishing and hunting,” that Je’Michael “never had a violent history or a juvenile record,” that he was “set to enlist in the Marines after graduation” from Cape Fear High School.

In May of 2016, Je’Michael Devanair Malloy was sentenced to between 25 and 31 years in prison for the Danielle Locklear murder. Though he was found guilty in 2016, Je’Michael began serving time after his 2014 arrest, and therefore started his official sentence with two years on the books. According to the North Carolina Department of Public Safety, Je’Michael’s projected release date is April 1st, 2039, by which point he’ll be 40 years old.

Dominic Lock was sentenced to between six and eight years in prison for his role in Danielle Locklear’s murder. North Carolina DoS records state that Dominic’s maximum term is eight years and four months; his current projected release date is February 16, 2022.

Danielle Locklear’s obituary captures a girl remembered for her beauty, outside and in

The complete Danielle Locklear obituary ran in the Fayetteville Observer the day before her funeral. It’s too long to reprint in full, though you can read it in its entirety here. But we thought we would close our article on the Danielle Locklear murder with one particular anecdote from her obituary — a brief detail from an all-too-brief life, though one that seems to encapsulate the spirit of her memory:

One story, in particular, shows the true depth of Danielle’s love of life. When, in seventh grade, a teacher discarded a strawberry plant that had been used in a science experiment, Danielle “fished” it out of the trash can, carried it around all day at school, and brought it home on the bus that afternoon. She gave it water and on Saturday carried it to her Nana’s house. Walking in the door, she held it out and said “Nana, we have to save this plant – everything deserves the chance to live.” She transplanted the small plant into a flower pot and lovingly tended it all summer. The strawberry plant is still living. It continues to bloom and give forth berries each spring – as shall Danielle’s short life continue to bloom and forever shower those left behind with love and goodness.

You can share well wishes for her family on Danielle Locklear’s Facebook page here, or on her official tribute page here. “The Creek,” the Dateline episode devoted to the Danielle Locklear murder, airs tonight at 9 on NBC.