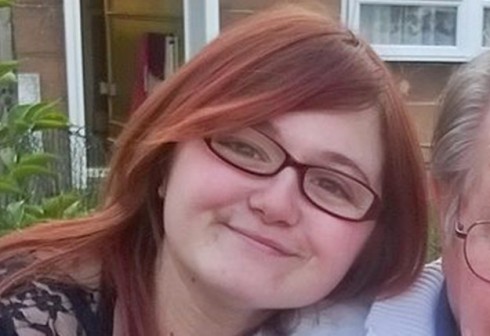 Jade Hatt, 21, was spared jail time in the U.K. after the father of the 11-year-old boy she was on trial for sleeping with told the judge that Jade really shouldn’t be blamed. Instead, he said his “sex hungry son” was responsible for the inappropriate relationship. In a surprising turn of events, the father also revealed he used to have a sexual relationship with the young woman.

According to the Swindon Advertiser, the father initially reported then-20-year-old Jade to police last year after noticing a “love bite” on the boy’s neck and finding text messages from Jade. The boy later told investigators Jade “sat on top of him, sat astride him, took off her clothes and removed his” and then began “bouncing on his private parts.”

The young woman pled guilty to sexual activity with a child, but was supported during her trial with a statement from the boy’s father, which said, “I know he told her he was 15. He looks older than his years….He is sex mad. He would have been fully up for this experience and in many ways sees it as a notch on his belt and is totally unaffected by it.” The father admitted he also understands Jade’s true character because he had a brief sexual relationship with her in the past.

During the trial, Jade’s defense lawyer also argued she is immature for her age while the boy is more mature for his. The judge agreed with that reasoning, saying that “narrows the arithmetic age gap.”

After the judge’s light sentence was passed down, the National Society for the Prevention of Cruelty to Children (NSPCC) decried the ruling in a statement: “The judge’s comments in this case send out completely the wrong message and confirm a common view in society that the abuse of a young boy by a woman is somehow less serious than the abuse of a girl by a man….The offender in this case has escaped extremely lightly and you have to wonder whether, in the same circumstances, a man would have been treated the same.”

However, Lyndon Harris, an editor for the UK Criminal Law Blog, told Buzzfeed the judge’s ruling seemed appropriate — if not generally unsual. He explained, “This seems to be the sort of case where if you’ve got a sensible judge you look to rehabilitate rather than punish – though [Jade] certainly needs to be punished, it’s not acceptable behavior.”