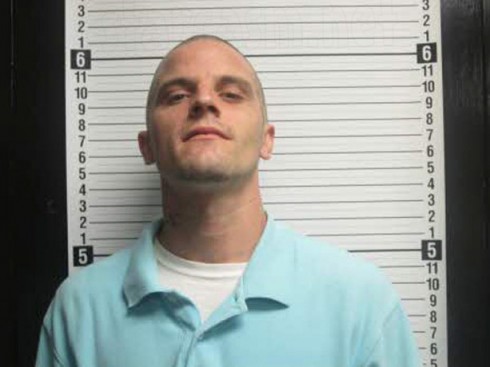 Jenelle Evans’ estranged husband Courtland Rogers continues to collect customer rewards points from the Brunswick County Jail as he found himself there once again earlier today after being arrested for allegedly harassing Jenelle’s sister Ashleigh Wilson via telephone.

Courtland reportedly turned himself in this morning, but sprung himself shortly after by posting a $1000 bail.

Radar Online‘s Alexis Tereszcuk gained access to the arrest warrant, which claims Courtland “unlawfully and willfully did telephone Ashleigh Wilson repeatedly for the purpose of annoying and harassing Ashleigh Wilson at the called number.” These alleged calls took place on September 11, 2013. 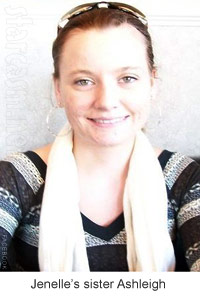 Courtland has since taken to Twitter to dismiss the charges, writing, “Man I never harassed her I don’t even kno her phone number smh but it’s cool let the courts fix her operation.” He later added, “I have never called Ashleigh’s phone believe what y’all want I bet when I get my phone records the judge will believe it smh sh!ts crazy.”

Meanwhile, Jenelle Evans seemed completely surprised by the news as she interacted with followers on Twitter about the story.

Her first response was in reaction to Alexis’ tweet that included a link to her Radar Online article, to which Jenelle responded with, “I had no idea wtf ?!”

@DuffyGotWhacked then tweeted, “Funny, ashleigh was bitching about not having money n now courty’s in jail for harassing her. How much did that cost ya, @PBandJenelley_1” and Jenelle tweeted back, “uhmm.. I had no idea this happened until just now. I’m trying to call my mom to ask her wtf is going on.”

An apparent Jenelle detractor then wrote, “one day you’re gonna pull this sh!t on the wrong person &end up dead or locked up for good. C*nt” and once again Jenelle wrote that she had no idea about any of it. “wtf r u even talking about?! I had no idea until now.” 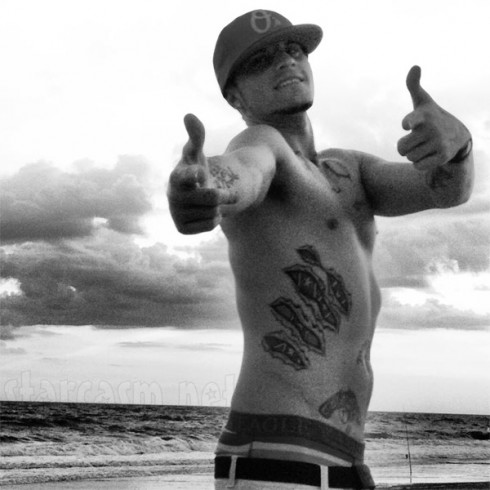 At this point I will quit interjecting and let the tweets speak for themselves:

@missmistynichol: yea I’m sure! We all know your schemes. Running outta money so you had to come up with a story to sell to radar, so having Courty arrested was the perfect plot. No1 believes u or ya psycho sister

Jenelle: yeah ok dude my sister is crazy she probably sold the story cuz her car just broke down

@jenvercammen @swimmie2009 @est4life910 like I said I had no idea this was going down I'm playing zombies with Nate pic.twitter.com/CwKhmwWuoB

@ItsMePep_ @PBandJenelley_1 @est4life910 Why was she asking for his number and then deleted it? #weird pic.twitter.com/K11iAb3Oxk

Jenelle: omg !!! Lmfao then there u go my sister is a liar cuz my mom said that my sister did receive his calls and she didn’t kno how and I thought my sister was lying lmao wow that’s insane omg I forgot about that and told Nathan about that tweet!!!! Haha so they do talk

@ItsMePep_: This story came out when both Jenelle and Ashleigh are broke. JE hasn’t even payed her child support. Keep your head up @est4life910 [Courtland]

Jenelle: actually my mom and I have a meeting for child support to be canceled.

As I’ve said before, forget Teen Mom 2, Jenelle Evans needs a 24/7 spin-off show — and even then there would be stuff we missed!

So far there has been no new Courtland Rogers mug shot from his “arrest” today, but we’re looking and if there is one we’ll find it and add it to his collection.